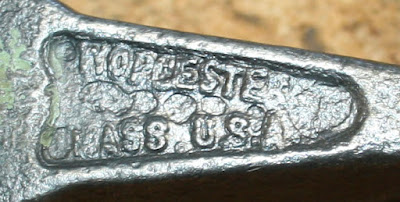 Above, my St. Pierre hammer.  I first thought it was a hot chisel before I came across the original 1958 patent, which identified it as a welder's chipping hammer.  The hole in the hammer head is to secure a wire brush: 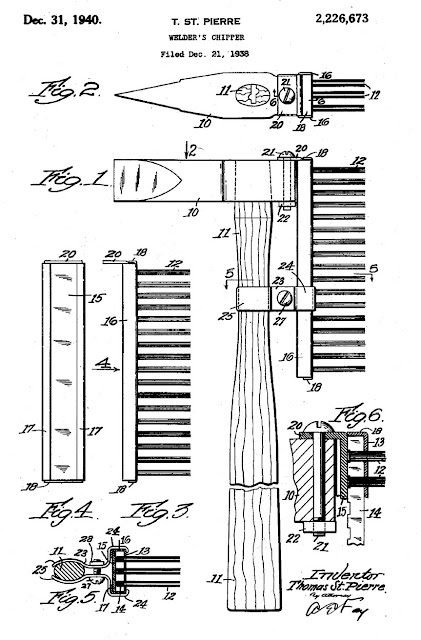 Turns out I also have a box-end wrench by the same maker:

Henry St. Pierre invented a better tire chain because he got tired of getting his father's car stuck in the Vermont mud.  In 1920 he started a company in Worcester, Massachusetts to manufacture these chains.  Eight years later he bought a plant from the Rogers Drop Forging Company and began to use this technology to make automotive tools.  World War II redirected the company's efforts to aircraft parts and anchor chains, but come the peace the company decided to venture into the production of pitching horseshoes, eventually becoming the world's largest producer of these items, a distinction the company still holds.  Today the St. Pierre Manufacturing Corporation also still manufactures tire chains. 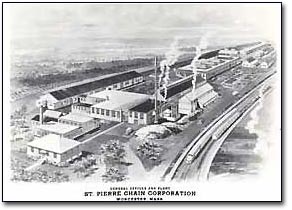