The biggest tank I ever saw: T28

Near the end of WW2 the Allies realised they needed bigger heavier tanks. The British made one named the Tortoise and the US made this four tracked monster, called the T28. Weighing about 90 tons, sporting 12 inches of frontal armour, and armed with a 105 mm main gun, it was underpowered at 500 hp and so had a top speed of only 8 mph. Two prototypes were made, one was scrapped as the program was superceded by T29 and T30 developments. The other prototype went "missing" till it was rediscovered in 1974.
How do you lose something like this?
In any case it was rescued and put on display at the Patton Museum of Armour in Kentucky. In recent years this tank and much of the museum has been moved to Fort Benning Georgia. 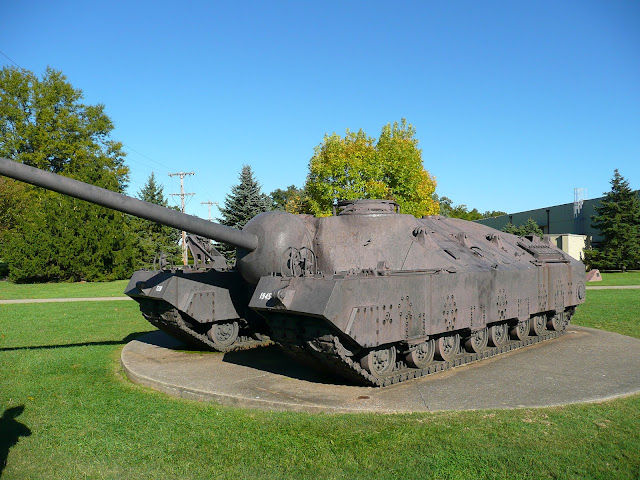 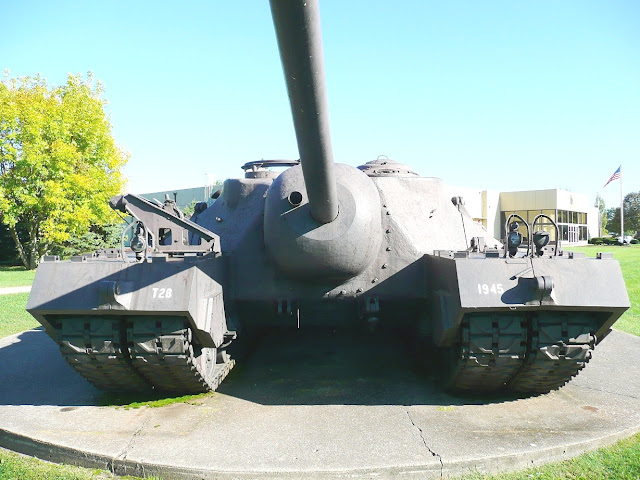 The advantage of a tank is its mobility, which is somewhat compromised when you have a weight of 90 toms and a top speed of just 8mph. Also, the gun is not mounted in a turret, so the whole tank would need to be aimed at the target before firing.