I can't resist tools with wooden handles.  There's history in each one of them.  They're warm in the hand, and well worth the effort of cleaning up and putting back to use.  So, last week I found a 12-inch Phillips.  Dirt and oxidation obscured the maker's information.  The tip was in good shape, and it also had a hex formed on the top of the shaft to provide a means of applying greater torque if needed.

Cleaned up, here's the maker's mark on the ferrule: 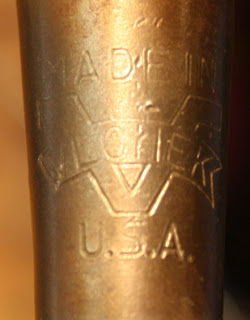 Frank Vlchek (pronounced "vel-check") was a blacksmith who, in 1895,  founded the Cleveland tool company that bears his name.  The company eventually offered a variety of tools, of which their open-ended wrenches seem to be the most common.  They supplied tool kits for Chevrolets until 1966, when the company decided to no longer offer them with their cars.  Prior to World War II, they also supplied tool kits to Buick, Oldsmobile and Pontiac.  In 1958, the company was purchased by Pendleton Tool Industries, and tool production under the Vlchek name ceased in 1969.  For more on the history of this company, visit The Story of Vlchek.

The shaft of the screwdriver is stamped "Phillips Lic. 5" and with two patent numbers, both issued in 1936.  Below is one of them: 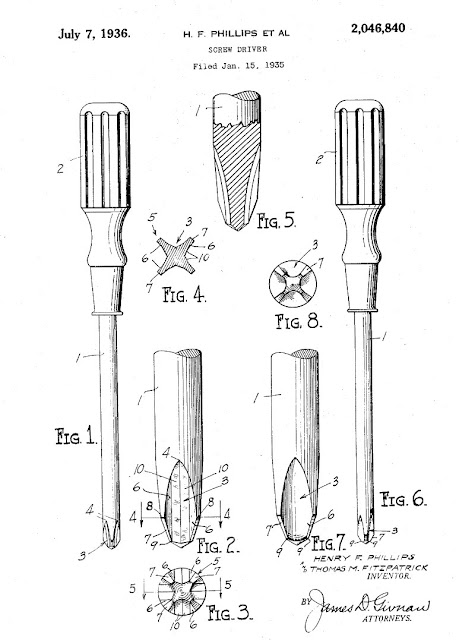 Below, a flat-head screwdriver identified by the Vlchek logo--a V within a shield: 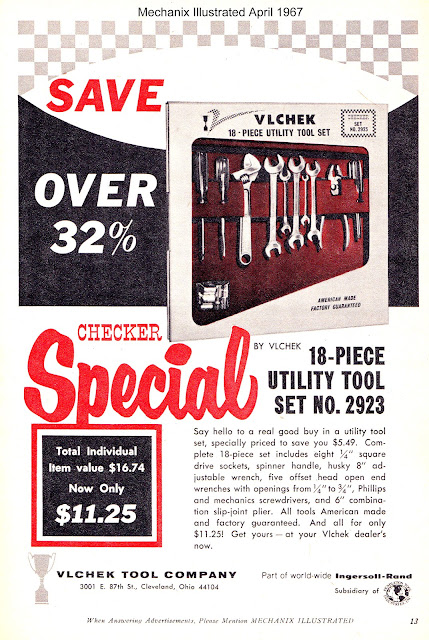 Apparently, wrenches stamped only with the Vlchek name were usually not part of tool kits, but were sold through hardware stores.  The earlier ones are heavy-duty forgings, quite lovely.  Below are photos of a few I've picked up, although they're uncommon in my area.  I clean them up, repaint them, and put them back to use. 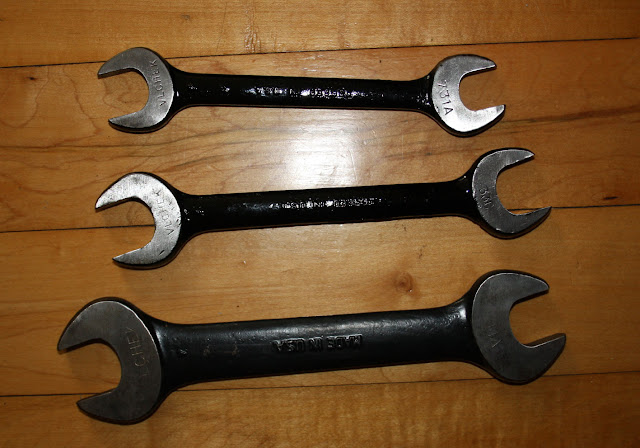 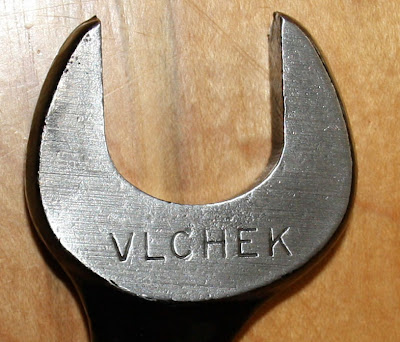 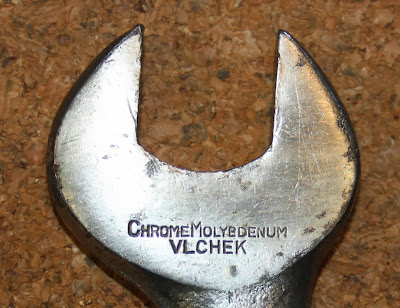 Vlchek also made pliers.  Below, my PHC208 hose clamp pliers. 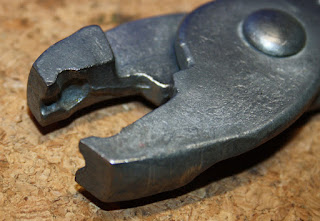