The "City of Ottawa" was made to help Canadians celebrate Dominion Day in Ottawa in 1877.  Constructed of Irish linen interwoven with silk thread, it measured 35 feet in diameter and over 50 feet high and had the words "City of Ottawa" printed in huge letters on its side. 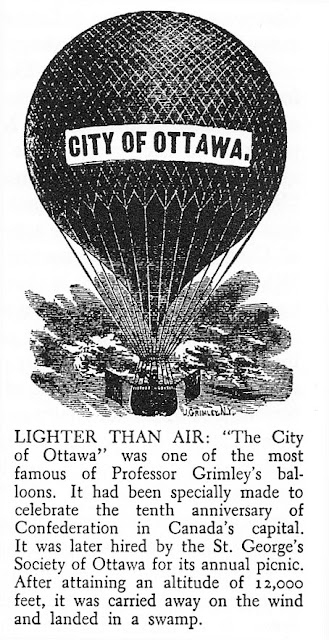 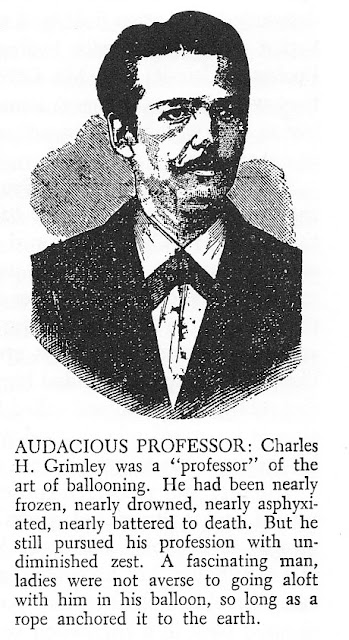 Grimley was from Worcester, England where he first became an "aeronaut" but came to the U.S. in 1870.  Starting in 1875 in Hackensack, N.J., he made numerous ascents in "smoke balloons"  (hot air balloons without airborne heaters). In 1878 he had a new balloon, the Canada, with which he toured Canada and made four ascents. (From Edgar A. Collard, Canadian Yesterdays.  Longmans Canada Ltd., 1955.)