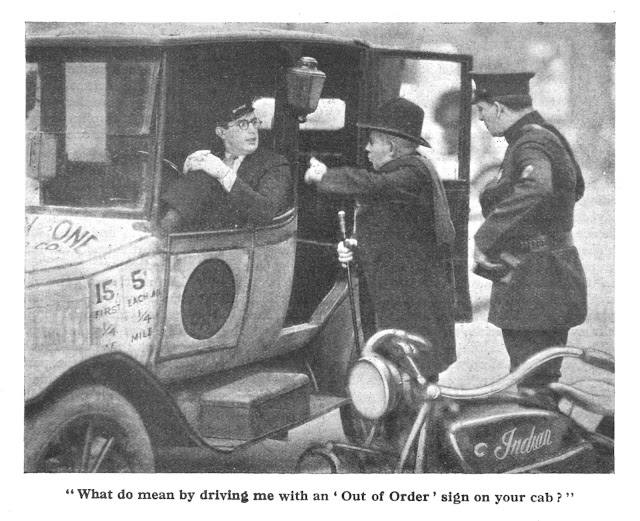 From Little Folks, The Magazine for Boys and Girls, Volume 110.  Edited by H. Darkin Williams.  London:  The Amalgamated Press, Ltd., 1929.

This is a still from the 1928 silent film "Speedy" starring Harold Lloyd, a very famous American comedian of the era (He actually made more money on his films than Charlie Chaplin!).  Shot on location, he plays Harold "Speedy" Swift, who is trying to save New York City's last horse-drawn streetcar, a relic of a slower age.  This was Lloyd's last silent film to be shown in theatres.
Posted by The Duke at 7:22 PM