She used to build things in this country

Ok, "Ronnie the Bren Gun Girl" is all over the net and she even has a Facebook page. I'm just reblogging the same pictures. But why not.
Veronica Foster worked on the production line at John Inglis Co. making Bren Guns during WW2 . She was featured in a propaganda campaign and it's easy to see why, she has an appeal that reaches out across a half a century. 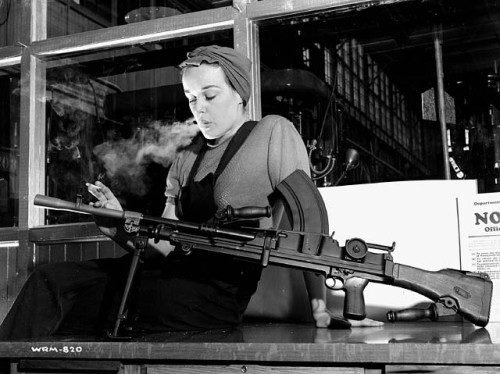 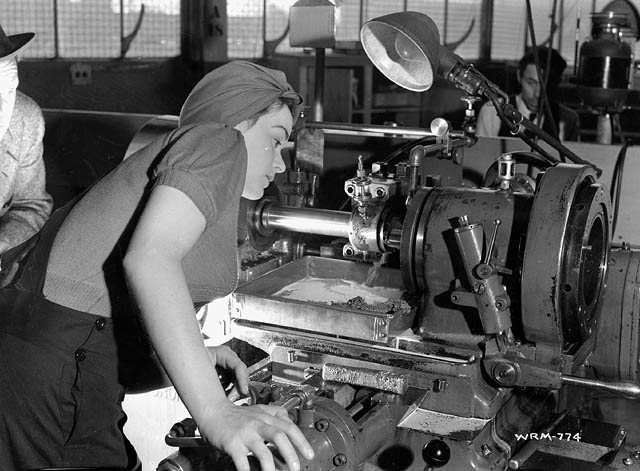 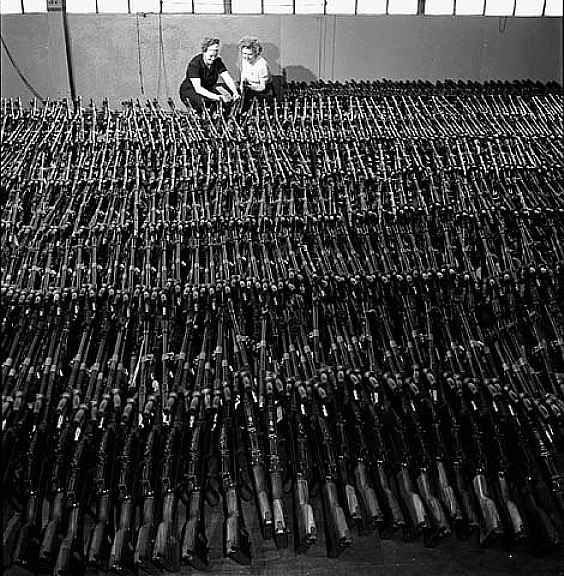 Two unnamed workers with part of the Bren Gun production. 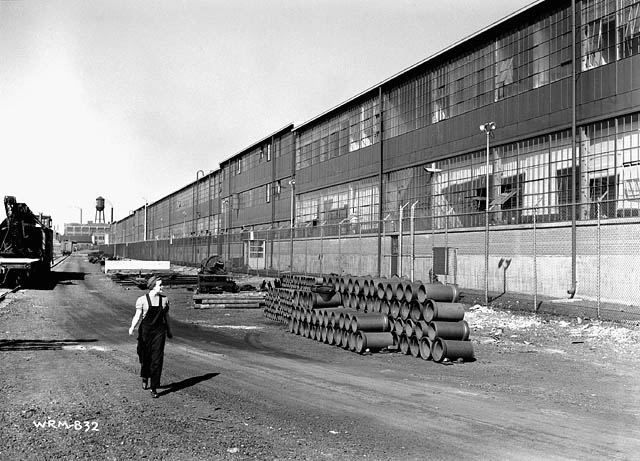 The Inglis plant at 9 Hanna St.- now demolished, the site occupied by a big new police station, part of the massive Liberty Village condo developments of the Inglis site. 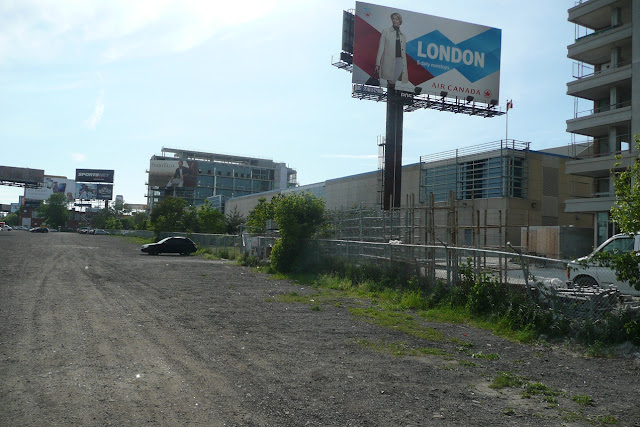