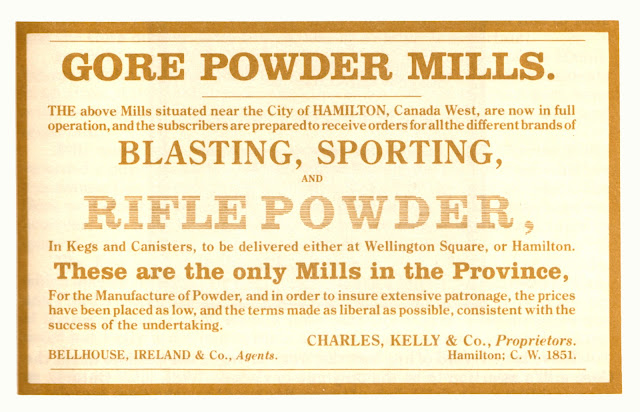 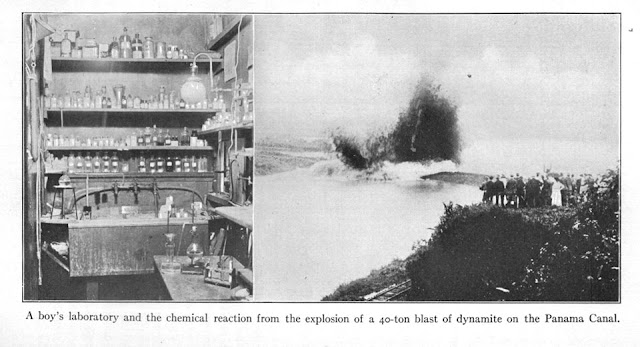 The Gore Powder Company was established in 1851, the forerunner of Du Pont Canada.  Black powder was critical to the development of the railways, good enough to make it possible for the Union Pacific to cross the Sierras to San Francisco.  However, it tended to produce a heaving rather than a shattering effect due to its relatively low strength and slow rate of pressure development.  This made it ineffective against the granite of the Canadian Rockies as well as the rock of the Laurentian Shield on the north shore of Lake Superior.  Then along came nitroglycerine.  First discovered in 1847 by an Italian professor named Sobrero, it remained to Alfred Nobel to exploit this as an explosive, patenting it in a form he called "dynamite" in 1867.  Eventually, it ended up in use in the railways, including opening up the route north of Superior.  It was not without risks.  According to the Du Pont Canada history book:

"One of the transportation sagas which has come down the years has to do with a shipment of 100,000 pounds of nitroglycerine from his (George Mowbray's) Massachusetts plant to a construction camp near Kenora, Ont.  It was packaged in five-gallon cans, sent via Buffalo to Fargo, N.D., and thence to Winnipeg where it was loaded on two-wheeled oxcarts which were trundled east to the Lake of the Woods and across the ice to a dump or outdoor magazine.  Finally, workmen carried it on their backs to the construction site, melted the nitro over open fires and poured it into bore holes which had been partially filled with water to "cushion" the heavier nitro.  The hazards at almost any point and any moment along the way defy calculation."
Posted by The Duke at 10:21 PM