Round Africa with Cobham 1928 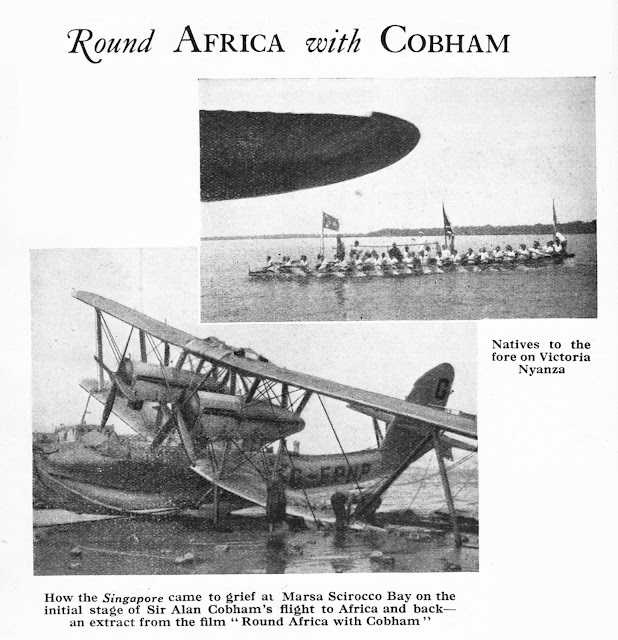 Sir Alan Cobham was a WWI Royal Flying Corps pilot who set long-distance flight records after the war.  The above photos show his Short Singapore flying boat on his 20,000 mile trip around Africa in 1928, during which he landed only in British territories.  The aircraft was of all-metal construction with Rolls-Royce engines.  There was only one mishap (pictured above) when heavy seas damaged the wing-tip float.  The Gaumont Film Company (which is still in business as the oldest continuously operating film company in the world) supplied a camera man, and a silent film of the journey was produced.
Posted by The Duke at 10:47 PM