Sixty of these EMD FL9s were built for the New York, New Haven and Hartford railroad between 1956 and 1960.  These units were built as dual power locomotives capable of diesel electric as well as straight electric, powered by a third rail. They were built so the same locomotive could be used for the full length of the only partially electrified NYC-Boston run. The unusual wheel arrangement- 4 wheel and 6 wheel trucks -resulted from load limits on the Park Avenue viaduct near Grand Central Station. The center axle of the rear truck was not powered.
These units passed through several hands and some remained in Amtrak service till into the 21st Century. Even today a few units are still running, including these two being used as only diesel electric by The Maine Eastern for both freight and passenger service. 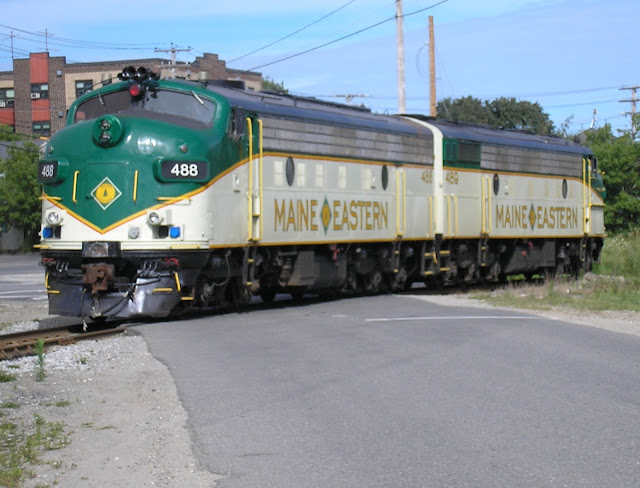 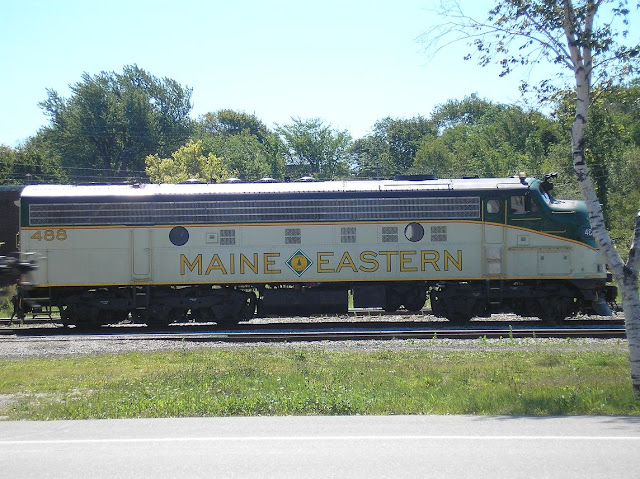