As reported in the September 1975 issue of the Canadian Motorcycle Association magazine; Henri Rechatin, his wife Janyck and his friend Frank Lucas crossed the Niagara gorge by motorcycle on a tightrope on June 4th of that year. 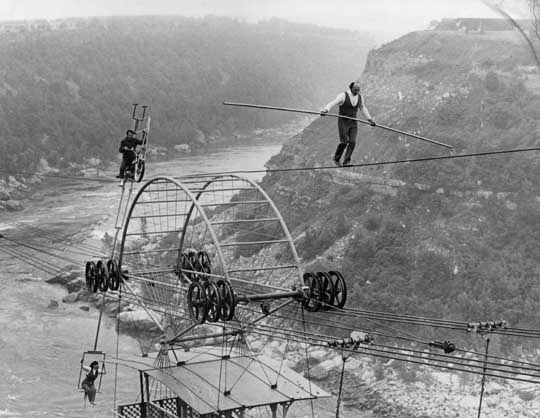 Frank Lucas was the driver, Henri balanced on a frame above it and his wife hung from the trapeze below. The Bultaco trials bike was lightly modified, the suspension and tires were removed. The passage wasn't smooth, apparently the front wheel jumped the cable a number of times and Henri had to climb down and lift the bike back up. At the far end, the bike lost traction on the greasy cable and Henri made several trips up to the end of the cable to talk to reporters and police and to get a rope, and the bike and acrobats were pulled to safety. The police decided not to press charges and life continued. 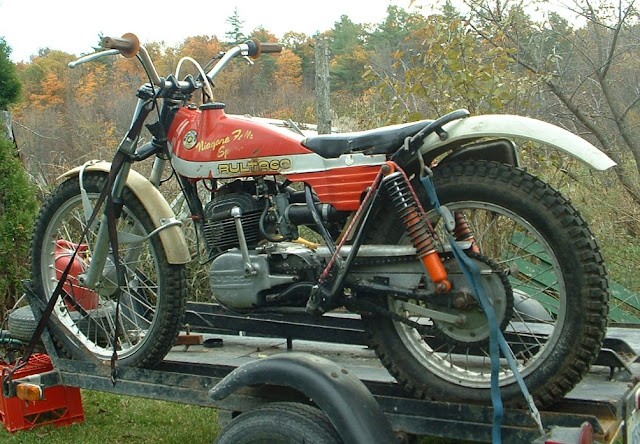 The bike went back to the dealer, Sonic Cycle of Scarborough Ontario and was later sold. It's still around and is occasionally exercised- but only in its original purpose... as a trials bike. 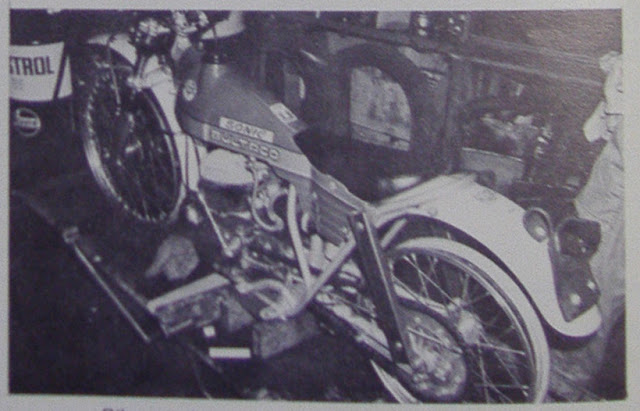 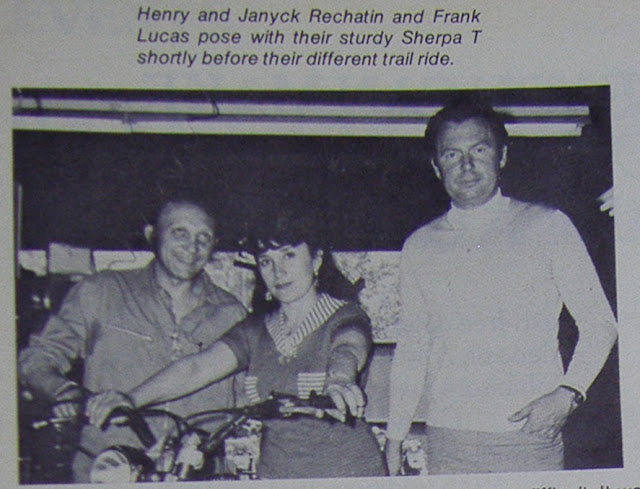