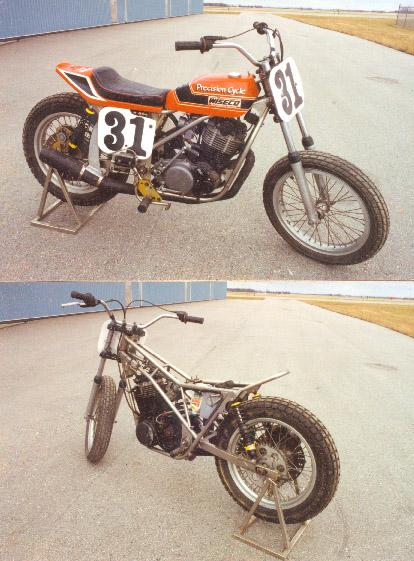 This is a very rare Yamaha 500 powered dirt tracker, possibly a one-off.
Viper frames were made by Delton Teuscher in Champaign Illinois. This style frame was generally built for 250s and smaller two strokes but there is evidence of at least some Honda XR engine versions too. There seem to be two versions, single and double top tubes. Any further info or corrections welcomed. 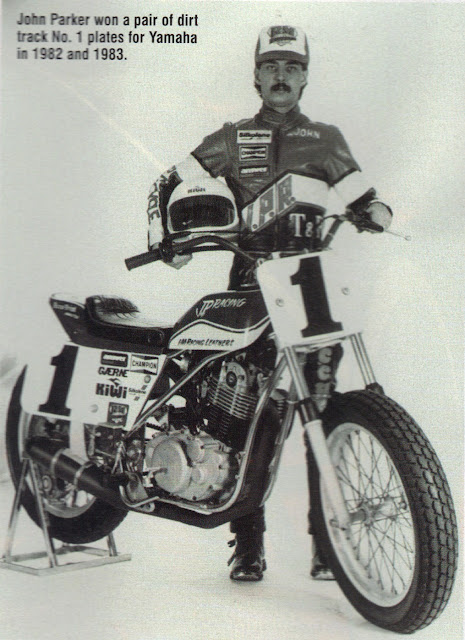 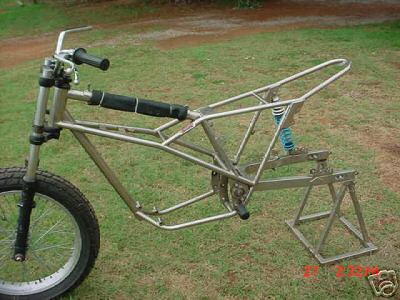 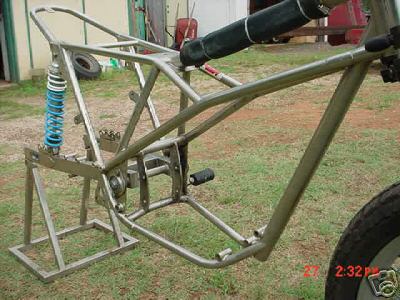 And what can say about the one shown below. Discovered at Mid Ohio 2016, it looks like a test frame for rear suspension configurations. (Anyone with any info?) 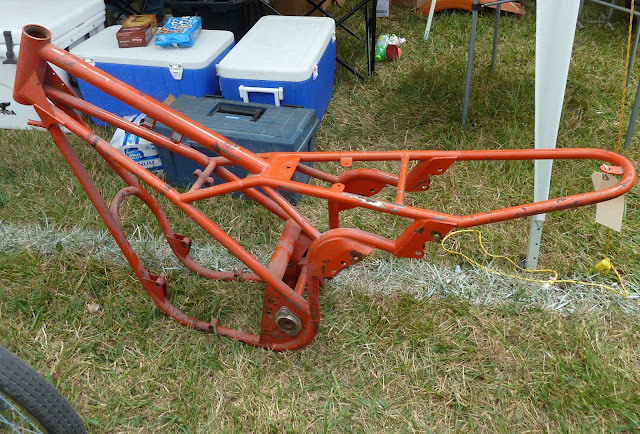 I used to help manufacture many of the pieces of the Viper frame by Viper racing/Delton Teuscher in Champaign,il back in the mid 2 late 70's. Bob Dennis who worked @ Delton's cycle machine shop was very instrumental in building these frames and building the winning motors of Amateurs Tommmy Colson,Jon Champlin,Randy Turbett from the Peoria,Il area as well as My Buds Ronnie&David Jones From OKC and Timmy Cartwright from Tulsa.This was a short lived program From Viper Racing/Delton Teucsher aka Delton's Cycle machine shop.I will never forget When my bud Ronnie Jones beat the great Kenny Roberts @ the 1980 Houston shorttrack national On the Viper Racing Frames/ Bob Dennis tuned Yz250! What a great night to remember!

Thanks for your input! Always good to learn more from the people that were there. Do you know anything more about the development of these almost trellis-style frames?
Thanks!

Todd do you have any pictures from back then. Looking for a picture of my dad and his bike. Larry Bickers.
Thanks

I’m a friend of Bob’s from that time but lost touch with him in the early ‘80s. Any idea what happened with him? Mike Jaworsky