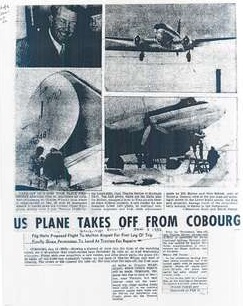 “Buffeted across Lake Ontario by the worst storm in the pilot’s memory, its radio mast shattered, its wings sheathed in ice, fuel dangerously low and one engine disabled, a fully loaded American airliner crash landed this morning in the knee deep snow of a farmer’s field half a mile west of here.”

"None of its 44 passengers or three crew members was even jolted when pilot set down this U.S. airliner in forced landing on farm field near Cobourg yesterday. Propeller blades were bent."

On January 10, 1952, before a crowd of about 500 curious spectators and reporters, with its engines at full throttle, the airliner raced along the snow-packed makeshift runway, inched over the frozen plow ridge at the end of the field and finally lifted off for the Trenton airbase for further repairs.
The Cobourg airplane crash in Christmas 1951 rivals the Gimli glider crash of 1983, and the Hudson River crash of 2009 as a rare, good news plane disaster story. Just right for Ontario’s “feel good” town. 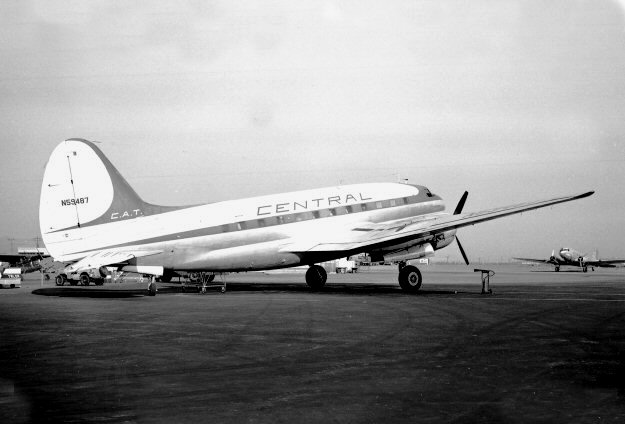 The airplane back in service a year later.
http://www.edcoatescollection.com/ac3/Non-skeds/Central%20Air%20Transport.html