One of my vices is vises: One-off machinist's vise 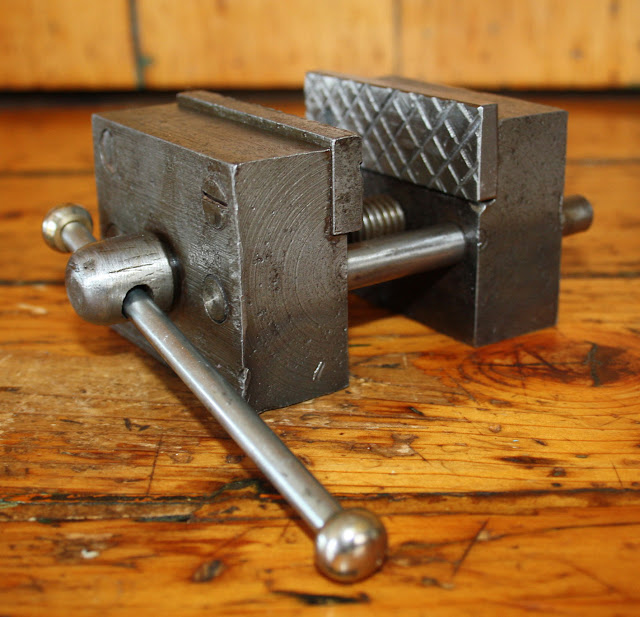 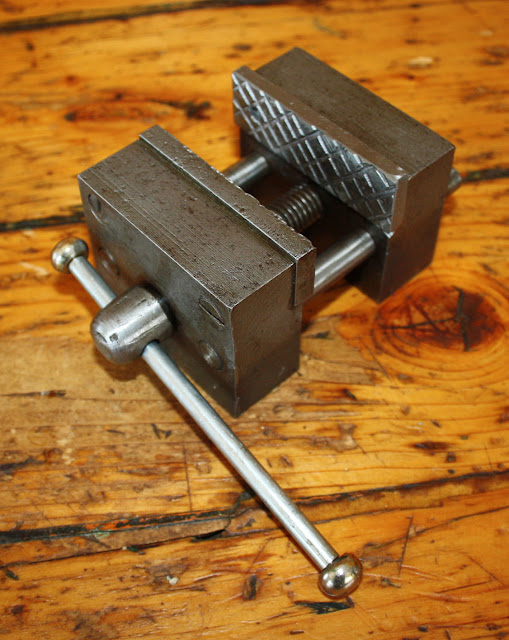 The fixed jaw was frozen onto the screw and guide bars and was missing its insert, the handle was missing, the head of the vise screw head chewed up by the application of pliers (remember--no handle), and the two grubs screws securing the guide bars in the movable jaw from underneath had been replaced by large, slotted, round-headed machine screws, so the vice could not sit flush on the bench top.  One of these machine screws came out easily, but the other predictably broke off at the screw head, and so had to be carefully drilled out.  Someone had tried hammering on the guide bars, so they were both badly mushroomed and bent.  I was finally able to get the vise screw loose, and then reversed it and used it to bear against a steel bar placed over the unthreaded hole in the moveable jaw to force the jaws apart.  I had to cut both guide bars in half and make new ones.  I also improved the vise by turning a shallow groove on the vise screw just in front of the inner face of the moveable jaw and inserting a circlip. so the jaw now moved back when the screw was turned out.  In its original form, you would have had to turn the screw out, and then pull the jaw back separately. I finished by making another steel jaw insert and using my mill to duplicate the diagonal lines cut across the original insert

Lots of fun, and now it's as good as new.  My guess it was either made as a school shop project, or made up by an apprentice.  It's now carefully oiled, and I'm sure will come in handy on some small jobs.
Posted by The Duke at 9:23 AM