Once upon a time this was acceptable.

Above, a "Blackhawk" wrench made by a joint venture in the 1920's to the 1940's between Armstrong (originally a Chicago firm making bicycle tools, then lathe tool holders and finally drop forged wrenches in 1909  but which, since 1994, has been demoted to a brand of the Danaher Corporation) and Blackhawk (a tool firm out of Milwaukee, Wisconsin which in 1955 became a part of the New Britain Machine Company of Connecticut, only to in turn be sucked into the vortex of the Stanley Works where tools are still offered under the "Blackhawk by Proto" brand).

Below that, a "Tomahawk" wrench.  "Tomahawk" was a brand name used at one time by Walden-Worcester, but I've only seen pictures of this name on their socket wrenches, with a somewhat different script.  (Ironically, there was a famous lawsuit between Walden-Worcester and Blackhawk in the early 1920's).   So, the maker of this tool remains a mystery. 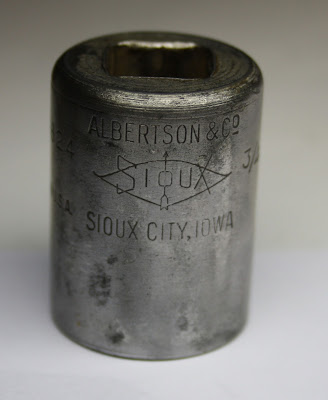 Above, an Albertson & Company Sioux socket.  This firm was founded in 1914 by the unlikely duo of Oscar Albertson, a Swedish tool maker, and Harold Jacobson, an office boy.  They initially concentrated on piston rings, spark plugs and a "gas saver", but Albertson's 1917  invention of a valve lathe (a tool to set engine valves) marked a change into more sophisticated offerings, including the introduction in the 1920's of some of the first hand-held power tools.  The company name was eventually changed to Sioux Tools, and was acquired by Snap-On in 1993. 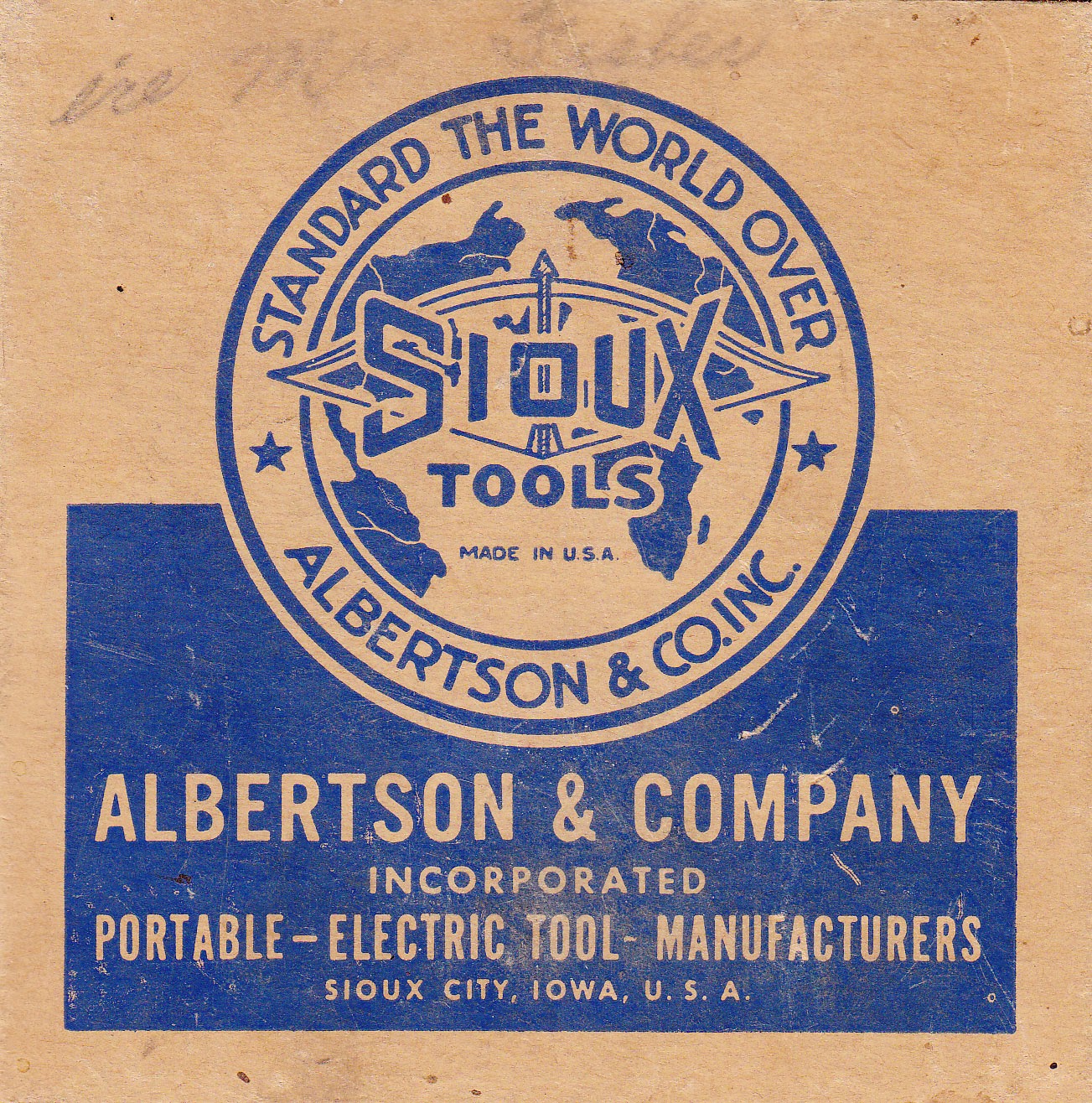