Below, a plate lifting clamp manufactured by the Merrill Brothers: 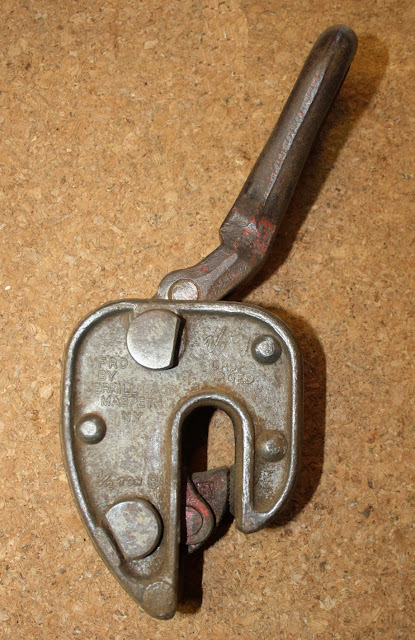 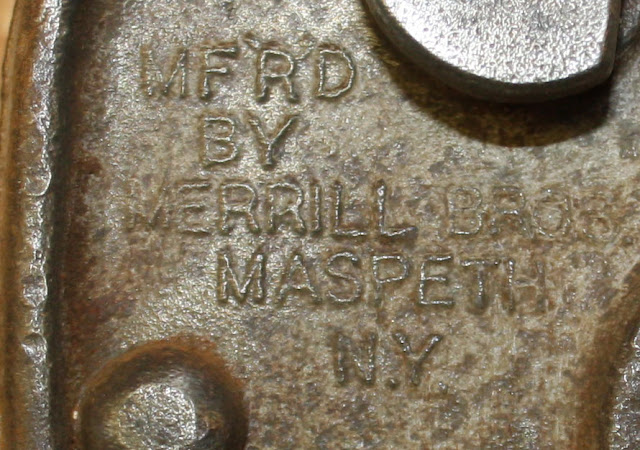 This clamp carries a 1946 patent by Edward Merrill Gardner, assigned to the Merrill Brothers of New York City.  (Maspeth is within the borough of Queen's in New York City.) 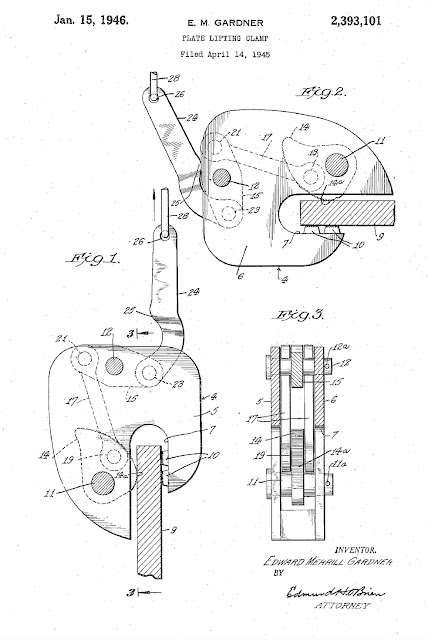 Edward Merrill Gardner first appears in 1934, when he filed for a patent (204185) for an improved horseshoe calk to help prevent the horse from slipping on icy surfaces.  (The fact that he was turning his attention to horseshoes at that time is a reminder of how important horses continued to be in the 1930's, even in big cities like New York!)  Beginning with the 1945 patent, he seems to have specialized in clamping devices, being awarded numerous patents in this area right up into the early 1970's.

The Merrill Brothers firm itself appears to have been established in 1906, and by the early 1920's had at least 100 employees working to forgings, fittings and metal clamps.  The few leads I can find suggest that the company was acquired by McGraw-Edison in 1984, and wound up in 1991.

As for Mr. Gardner, the only information I can find is a remembrance about his son Edward Merrill Gardner, Jr. (an interesting character in his own right) written by his grandson, a biology professor.
Posted by The Duke at 8:36 AM