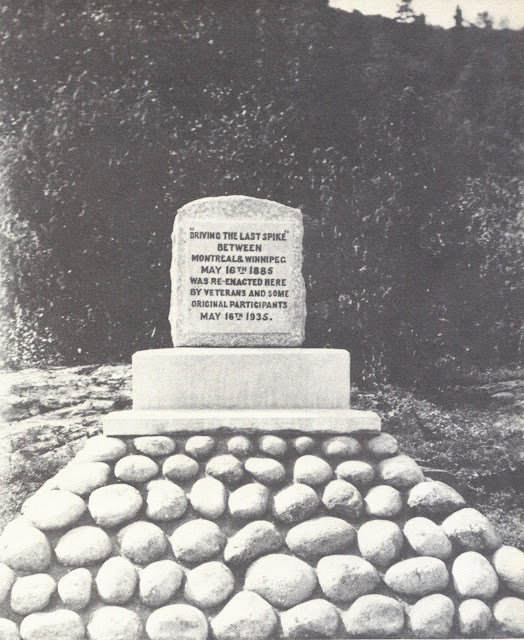 While the CPR struggled to construct the first transcontinental line through the Rockies, a similar battle was occurring in northern Ontario, Though the scenery was not as spectacular, the terrain was just as inhospitable. Tunnels, fill and bridges were common in the thousand mile stretch of Canadian Shield. Rock fill disappeared into seemingly bottomless swamps, roadbed along the shore was washed away by storms on Lake Superior. The last spike was driven in BC in November 1885, the northern Ontario portion was completed only 6 months earlier. 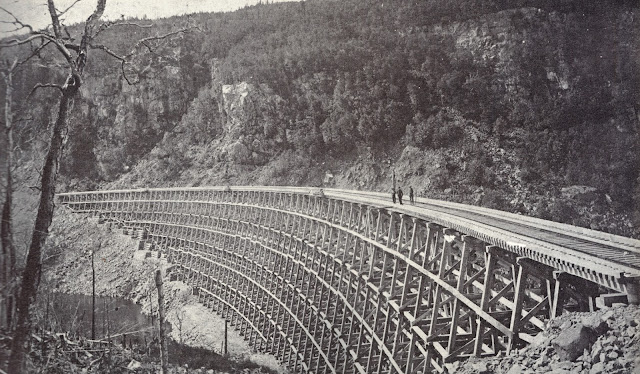 The Red Sucker creek trestle, made of wood, was 110 feet high. 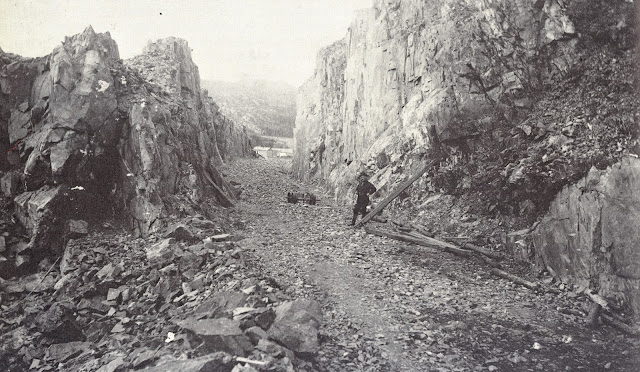 Freshly opened rock cuts and tunnels. Below, the track is not yet ballasted and trains crept along at little more than walking speed to avoid derailments.

Two views of the Trestle at the Nipigon river, under construction and completed (below). To save time, masonry abutments were constructed and the center spans were designed offsite and later assembled onsite while the approaches were built of wood. 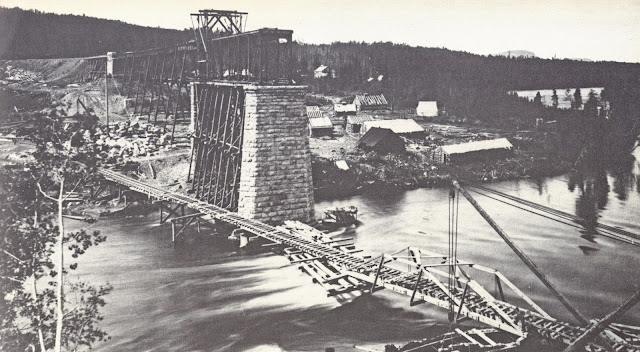 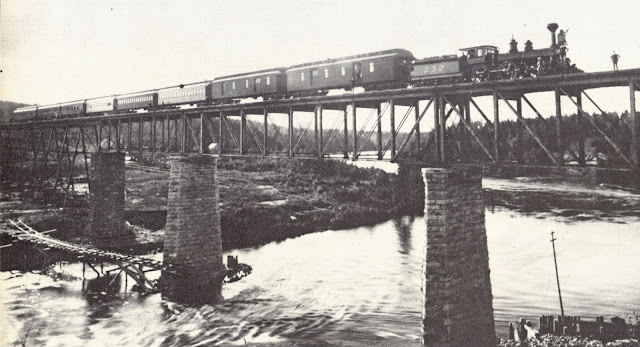