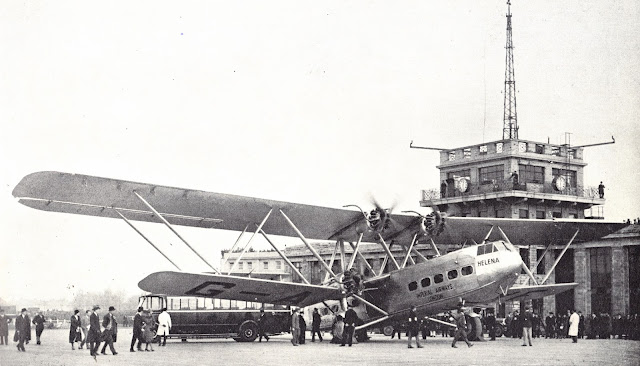 The Helena, one of eight Handley Page HP 42 airliners used by The British Imperial Airways through the 1930s. Eight of these giants  carried passengers in luxury, up to 24 at a time from the UK mostly to the continent between 1930 and 1939. Cruising speed was about 100 mph, though a headwind could greatly reduce that. All planes were out of service by 1940 and no survivors remain. 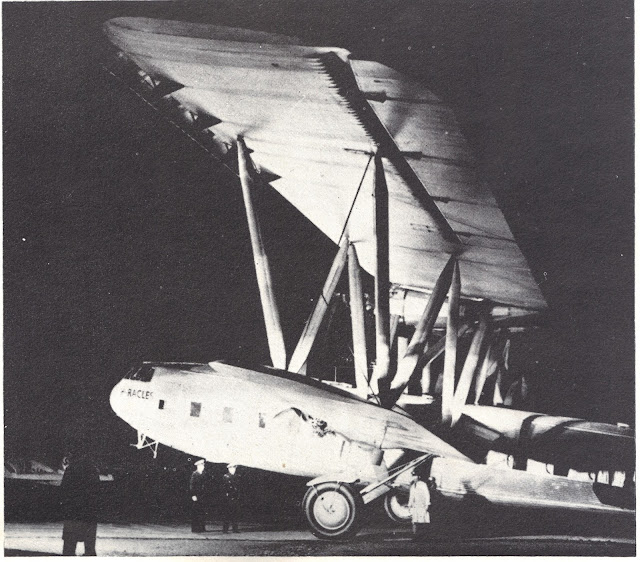 The eight planes were all named after Greek and Roman historical figures. Heracles (Hercules) pictured above. 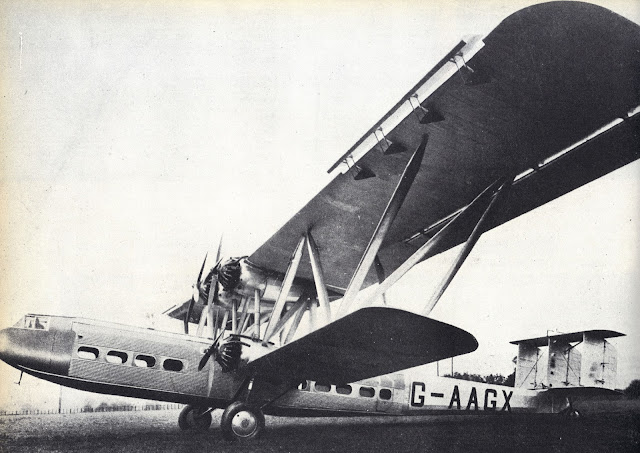 Hannibal, the prototype. Lost over the Gulf of Oman in 1940 for reasons unknown. No trace of plane or passengers was ever found.
More here.
Posted by Mister G at 7:41 PM