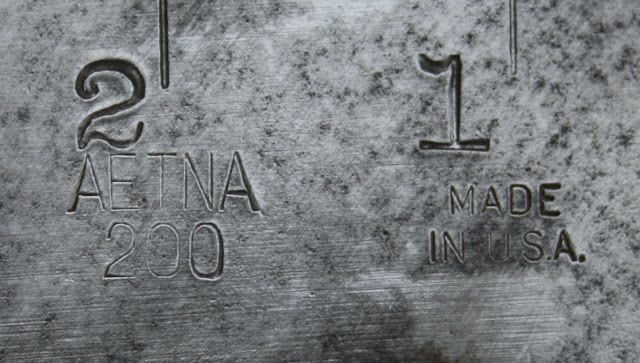 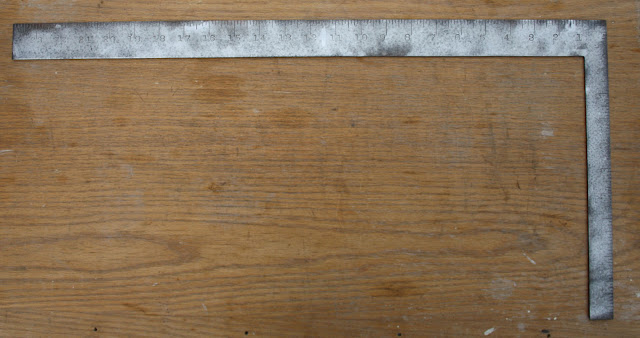 I picked up this square at a yard sale recently.  It cleaned up nicely, first in the sandblast cabinet to get rid of the heavy rust, and then on the wire wheel, and finally wet sanded.

Beginning in 1867 as the Southington Cutlery Company, a manufacturer of table and pocket knives, the company eventually added wood screws, squares, bevels, carpenter's tools and housewares to its offerings.  In 1905, they discontinued their cutlery production and three years later became the Southington Hardware Company.  By World War I, they had become the second largest employer in Southington, a town noted for its various tool and hardware manufacturing ventures, including Peck, Stow & Wilcox and Lamson & Sessions.  There seems to have been many interconnections between firms.  For example, Marcus H. Holcomb, an early director of the Southington Hardware Company, was also a director of the Peck, Stow & Wilcox Company and the Aetna Nut Company. 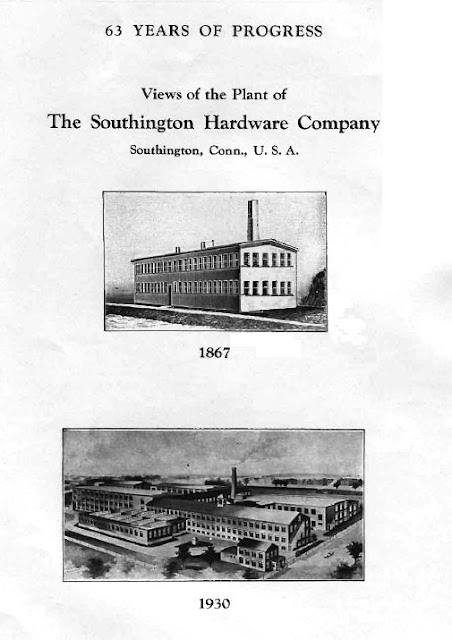 (Catalogue page and photos above from Toolemera.)

The Southington Hardware factory was built in 1883, with additions added between 1930 to 1960.  So, it would appear that the company wound down in the 1960's.  In 1985 the factory was converted into a mixed-use property which today is known as Factory Square.