We used to make things in this country. #217: Canadian Marconi Company, Montréal, Québec 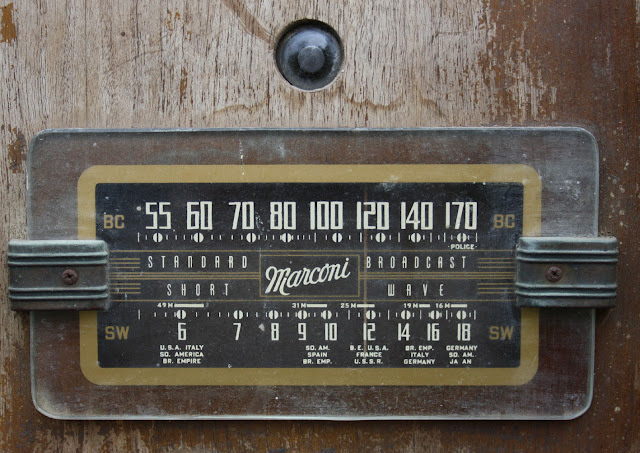 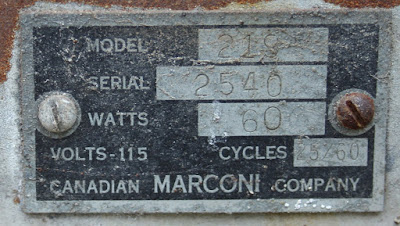 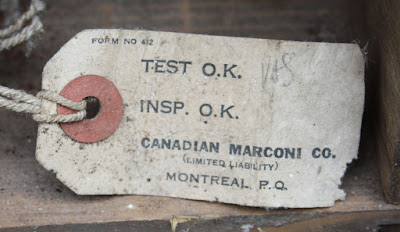 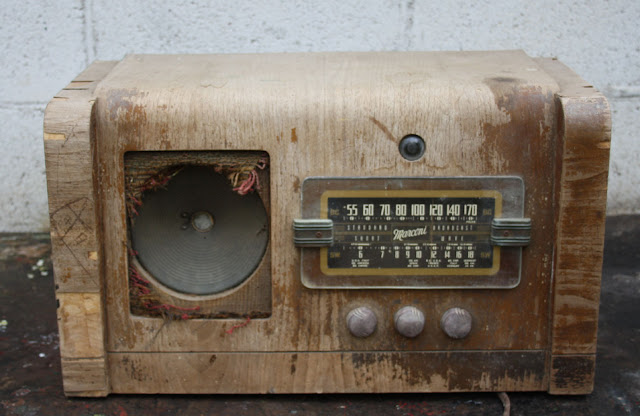 Guglielmo Marconi founded the Marconi Wireless Telegraphy Company of Canada in 1903, which took another 22 years to become simply the Canadian Marconi Company.  Ownership passed hands several times until 1968, when GEC acquired 50 percent of the company shares.  After that,  British Aerospace nabbed the firm in the late 1990's, and further ownership muddle ensued.  See the Wikipedia article on CMC Electronics if you really want to get a headache.  In any event, I suspect the company stopped making radios in Canada a long time ago.

As for Marconi, he had a long relationship with Canada, beginning with the first wireless signal sent across the Atlantic in 1901.

Cheers, nice write up. Currently rebuilding one of these Marconi Model 219, nice radio. Mine has no knobs, will be looking for those.

I worked at Marconi from 1991 to 1999. The first 3 of those 8 years were in the original building on Trenton in T.M.R. (near the old Portal Heights train station) then in 1994 the move to a more modern building g but with less character) on Highway 40 in V.S.L. We designed the CMA-3012, which was a 12-channel GPS receiver which Boeing equipped their (then new) 777 with... Boeing had contracted Honeywell, which subcontracted us. GPS wasn't commercial yet, or at least wasn't readily available or cheap, and its performance outside of military applications was purposefully degraded. 25 years later I'm typing this on a smartphone that has a built-in, very tiny, very accurate,GPS antenna that is so accurate it can pinpoint my movements inside my own house, down to about 1 meter accuracy.

Also work there from 1979 to 1992 in the Printed circuit Board departement, Best company I ever worked for...Raymond Lepage Printed circuit board Inspecter,, get in touch, raylepage@hotmail.com

I worked at CMC during the 60s and enjoyed the association and experience. The company had outstanding engineering and production skills but unfortunately it lacked marketing and sales abilities. In its latter stages its dependence of government/defence business was supreme.