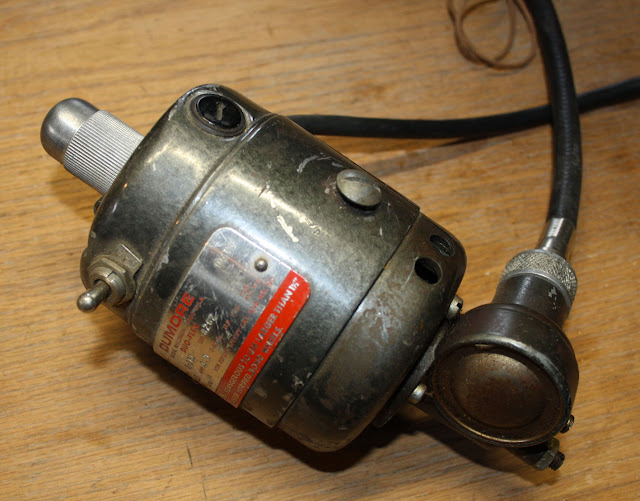 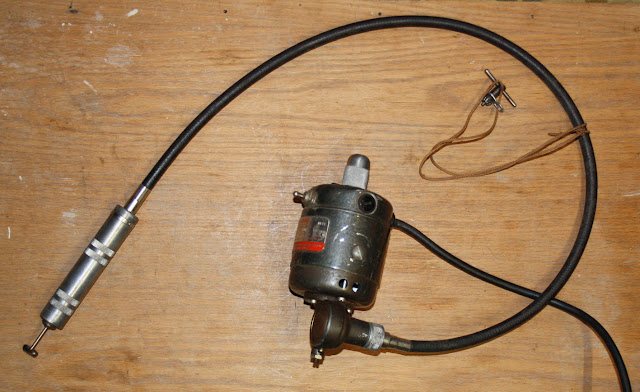 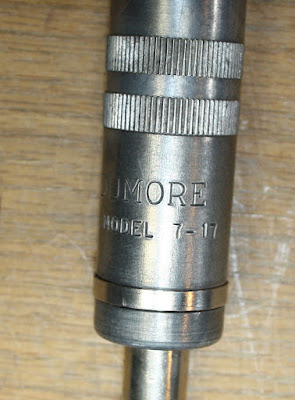 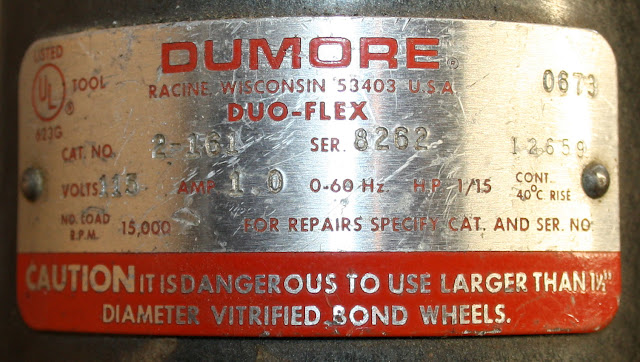 Above, my Dumore Duo-Flex flexible shaft grinder. My Dremel tool gets more use, but doesn't look nearly as cool.

One of Osius's employees was Chester Beach who, in 1910, invented the "universal motor", so-named because it could operate on both AC and DC.  Osius, Beach and Louis Hamilton formed another company to market products using this motor.  Legend has it that Osius paid Beach and Hamilton $1000 each to name the company Hamilton-Beach, as this had a better ring to it than Osius Electric.


In 1913, Beach and Hamilton left the company to found their own firm, the Wisconsin Electric Company, specializing in electric motors, home appliances and power tools.  The moved into a building that had been initially built for the Racine Wagon & Carriage Company in the 1860's.  (The automobile boom put paid to that endeavour, and the factory owners responded by renting space to other companies.  By 1916, there were 17 different companies operating in their 600,000 plus square foot building.) 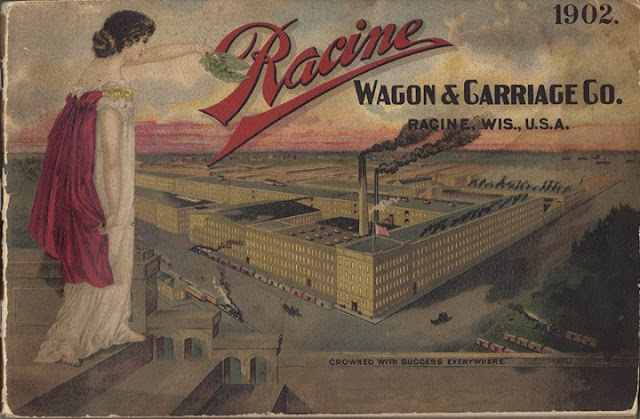 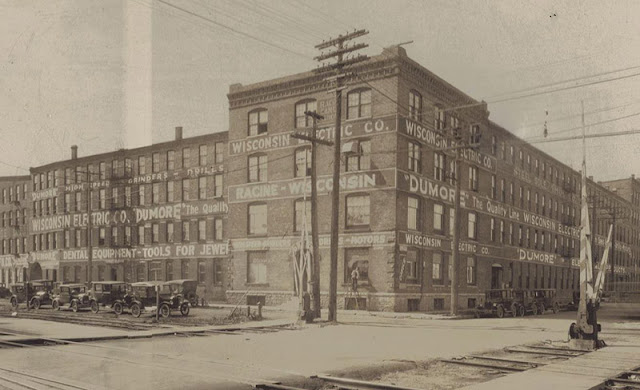 In 1929, they changed the name to the Dumore Company.

Racine's heyday for electrical motor production was in the 1940s. By the 1960s, production began to drop or move elsewhere. Sunbeam bought out Oster, Proctor Silex bought Hamilton Beach. As for Dumore, it was privately controlled by the Hamilton family until 1983, when it was sold to Richard Harrington, a retired Milwaukee attorney. In 1991, the Racine factory was closed and production moved to its non-union factory in Mauston, Wisconsin, about 200 miles north-west of Racine. This sparked a lot of anger in the company's city of origin.  Still, Dumore today boasts that its products are 100 percent American-made.  That's something.

As for their initial factory,  it was bought by two entrepreneurs in 1944.  In 1990, the same owners changed the name to the Racine Business Center, and today it is a hub for artisans.