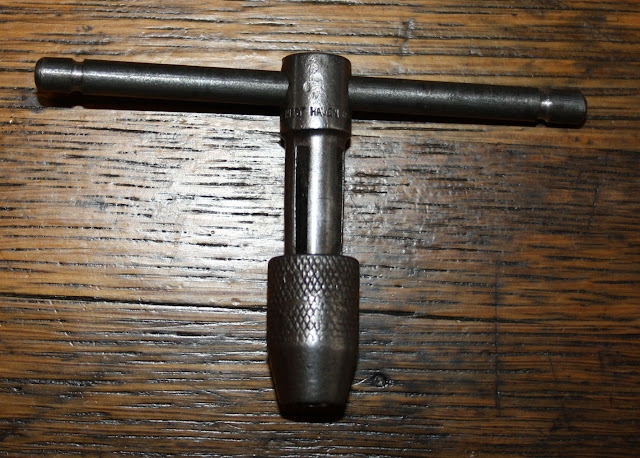 A West Haven tap wrench.  The handle it came with was just a piece of round brass stock, clearly not original, so I made a steel one for it.  Below, from the company's 1912 catalogue: 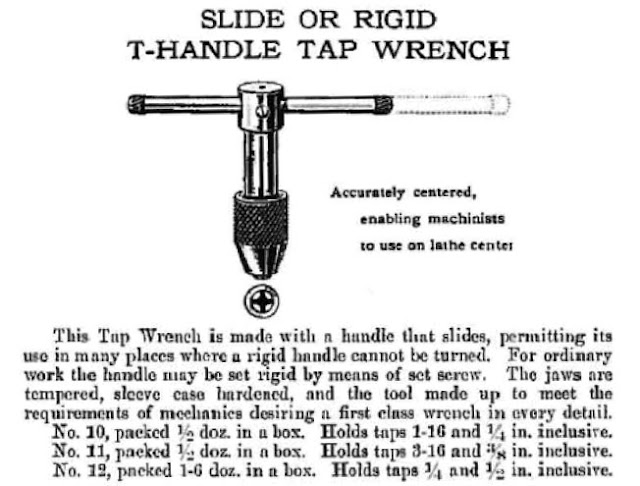 There's not a lot of information out there on this company.  It was founded by Frank S. Bradley in 1896 and incorporated in 1902, and grew over the following two decades to employ 100 plus men. West Haven had established a solid reputation for its "Universal" brand blades, as well a line of high quality punches and nail sets.  It was bought by Millers Falls in 1920, when that company's conventional supplier of hacksaw blades decided to sell the blades elsewhere.  Its factory became the Millers Falls Hack saw plant until it was closed in 1931. 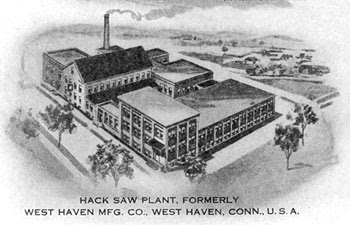