Viewers might remember a pile of old Bultaco junk that I'm attempting to turn into a cafe racer. Well, the months go by and progress has been made on what has been christened the Mutt-ralla.  Tires have been bought and I've decided to do a disc brake in front, a mix of various Suzuki and Honda parts on a shortened Matador fork.
In a moment of feeling flush I ordered a pipe from Circle F in Houston, and decided I'd like to route it differently than intended, the results are shown below. I took a resin splash from the rear of the tank to make a one-off fibreglass cafe seat. The Matador swingarm won the toss, rear wheel from a Pursang, cheap shocks from ebay on the back look good, we'll see how well they work... .  That's a 32 mm Mikuni from something or other and the filter proposal will require a custom (homemade) intake manifold. I'm undecided on the front fender, headlight might be from an old Ducati. The Matador CDI seems to be dead so something else will have to be found. So it's more or less mocked up and spring is only a few months away! 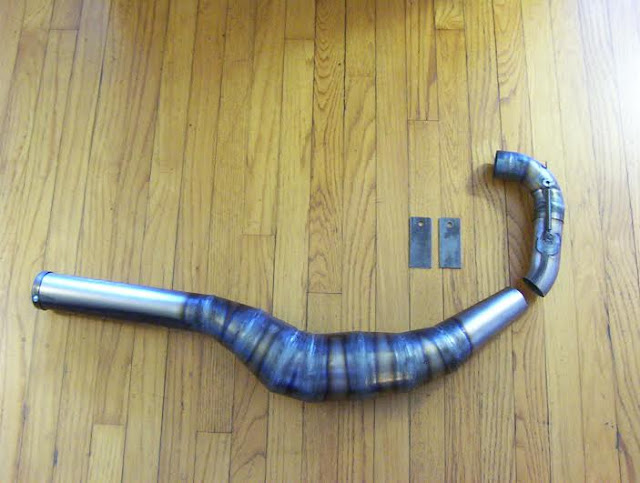 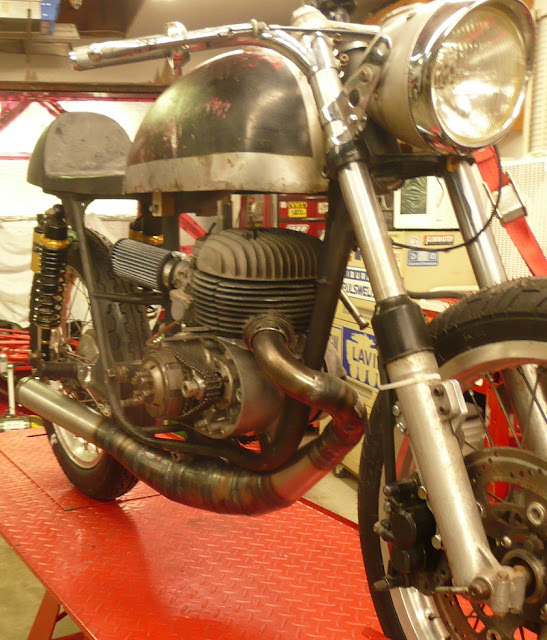 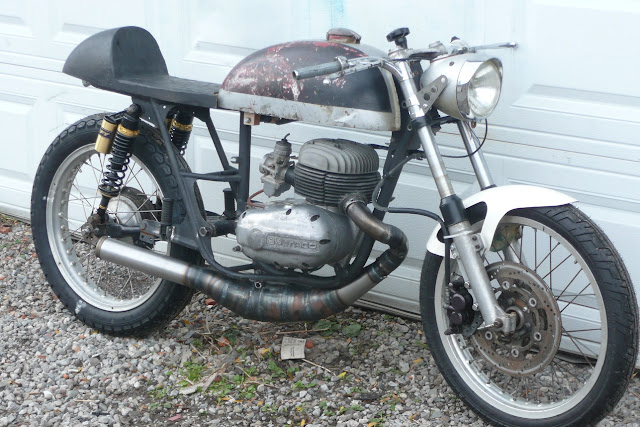 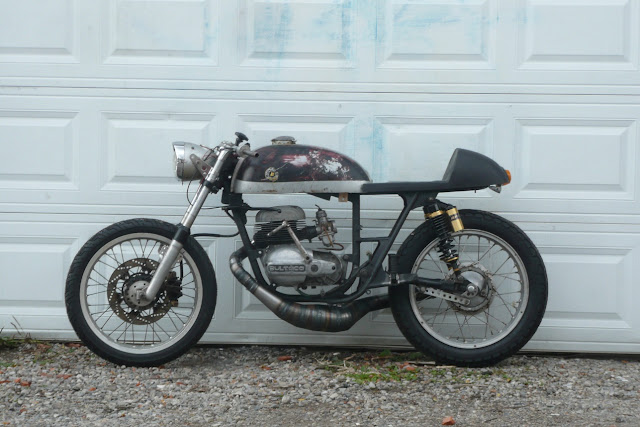 Hi, it looks just fine to me. No need to rush it, explore various ideas, see the consequences then re-fine, and move on to the next item needing attention. I made a Pursang into a road bike years ago, but it never is really finished, it just keeps evolving to something a little bit better. Keep posting, I think the finished job will be really good.

Thanks for the encouragement! With winter coming (again), I'm trying to formulate a plan to not start anything new, put other things aside, get it done and on the road in the spring. Its so close! (or looks that way).