One of my vices is vises: Will-Burt Company Versa-Vise, Orrville, Ohio

In 1894, the brothers J.W. and B.G. Cope opened a repair shop in East Greenville, Ohio, using equipment discarded by other shops.  The following year, they purchased the patent rights to the Cyclone Drilling Machine and began manufacturing this machine for the water well drilling industry.  In 1901, they took on a new partner, William A. Tschantz, and moved to larger premises in Orville, Ohio  In 1915, on the death of J.W. Cope, the company became Will-Burt, using a name based on the first syllables of its founders--William Tschantz and Burton Cope.  The company was incorporated in 1918.  They began to manufacture the Versa-Vise in 1916, based on a 1901 patent granted to John Long of Springfield, Ohio. 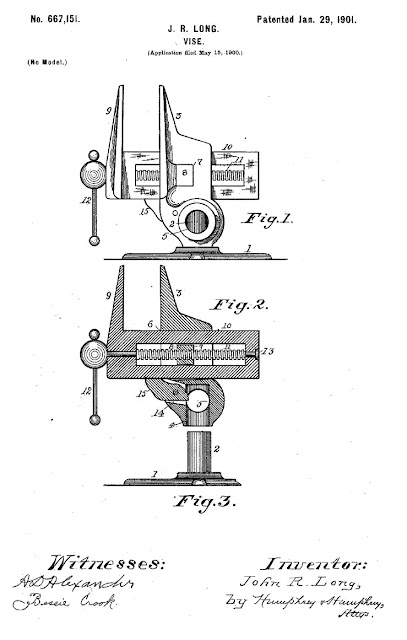 Today, the Will-Burt Company is the world's premier manufacturer of telescoping mast and towers for both civilian and military applications.  They also manufacture pre-fab military and other shelters and containers, and remain headquartered in Orrville.

As for the vise, it is no longer made by Will-Burt. However, the prints were acquired in 2006 by Jon-Mar Gear and Machine and the vise is now made assembled in Canal Fulton, Ohio, although  "in order to keep the vises quality and price at an optimum level, some pieces are machined in house at Jon-Mar Gear and Machine while other pieces are imported from all over the globe."  I presume that means China.