"Fear God. Honour the King." A British Admiral's advice to his grandson, 1909 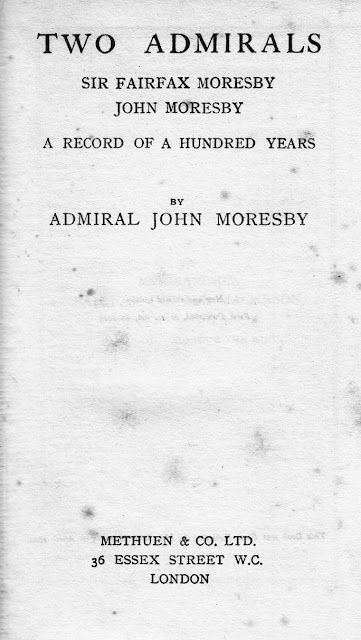 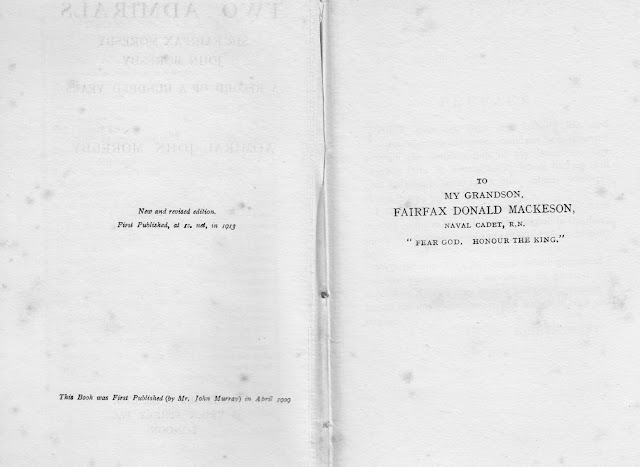 Tragically, the grandson to whom he dedicated this book, Acting Lieutenant Fairfax Donald Mackeson, lost his life on 1 December 1917 whilst securing a buoy in heavy weather and after dark on HMS Tower. He was only 23 years old.

He was later commended by his senior officers "as being an example of fearlessness in the face of danger, and also of great devotion to duty, of which will not be forgotten as long as the flotilla exists."

Moresby is remembered through the city named after him.  His grandson is not.  A lesson to us all.
Posted by The Duke at 9:23 AM