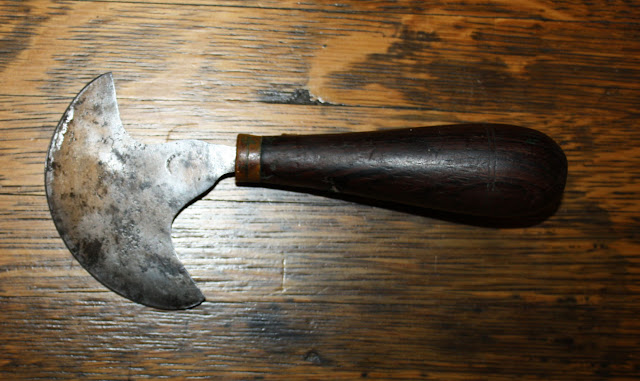 This is a "head" or "round" knife I came across made by the Osborne firm.  The terms seem to be used interchangeably by some, but are marketed as separate products on the Osborne site and among leather working enthusiasts seem to refer to somewhat different tools .

Below, what I presume to be leather punches from the same firm: 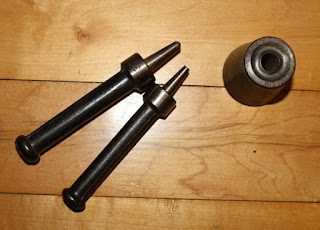 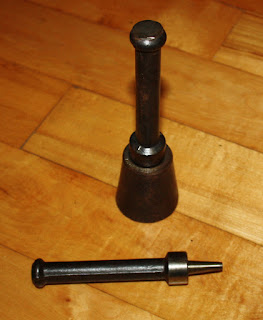 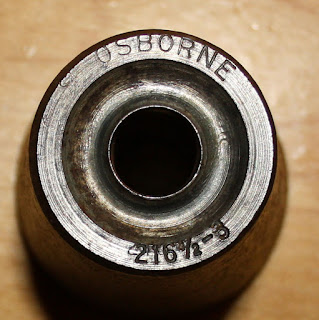 It's hard to remember in our mechanical age that horse power once denoted just that--the power of the horse. When equine energy remained supreme, the need for leather products was huge, and consequently leather-working tools were in high demand among tack, harness and saddlery workers.  As the city of Newark, New Jersey had one of the largest concentrations of tanneries on the American east coast, it makes sense that a company like Osborne's would have set up shop there.

The present company traces its founding back to 1826, although Charles Samuel Osborne didn't enter the picture until 30 years later. Joseph English started business in 1826, but it grew slowly until C.S. Osborne & William Dodd came onboard in 1856, at which point it was renamed William Dodd & Company.  Osborne married Dodd's daughter and five years later, on Dodd's retirement, it became C.S. Osborne & Company, with Henry Frank Osborne (C.S.'s brother), admitted as a partner.  In 1863, the factory was destroyed by fire but rebuilt the following year.  In 1867, C.S. Osborne's son Jasper became involved in the business. 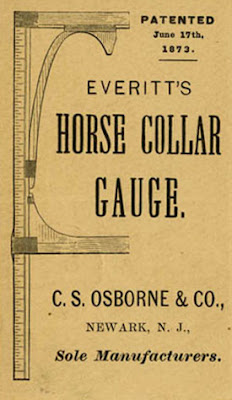 By 1874, the factory comprised 4 full storeys and a basement and employed 50 men in a variety of positions, from forging steel, to turning handles and finishing tools.  Products included harness, trunk, trimmers' and saddlers' tools, nippers, punches, gas pliers, augers, dividers, hammers, levels, and a line of house-furnishing hardware including sardine knives and nut crackers.


H.F. Osborne left the firm in 1876 to establish his own business.  The factory was enlarged in 1883 when the partners were C.S. Osborne, Jasper C. Osborne & Walter D. Osborne.  At that point in time, they were employing 75 men and had become America’s most prolific manufacturer of leather-working and leather-cutting hand tools.

In the final decades of the 1800's, the company exhibited it’s tools at major international fairs including the Philadelphia Centennial in 1876, the Exposition Universelle International in Paris 1878, and the 1881 International Exhibition in 1881 in Melbourne, Australia, often winning gold medals for their wares. 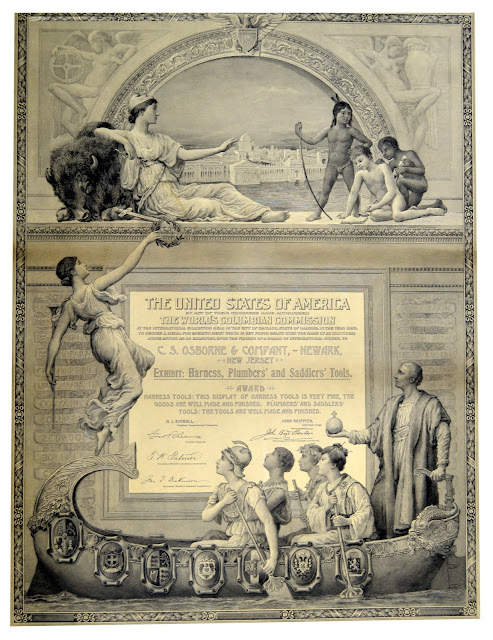 In the early 1990’s, C.S. Osborne & Co. purchased the Wade Button Company of Woburn, MA and began making buttons, dies, and hand press machines. In addition to the tools and buttons, the company also offered a vast range of industrial hand sewing needles of all shapes, gauges and lengths, including pins, skewers and awls.

In 1905, H.F. Osborne sold his own business to C.S. Osborne.  In 1906, the company relocated across the Passaic River to its present location at 125 Jersey Street in Harrison, New Jersey: 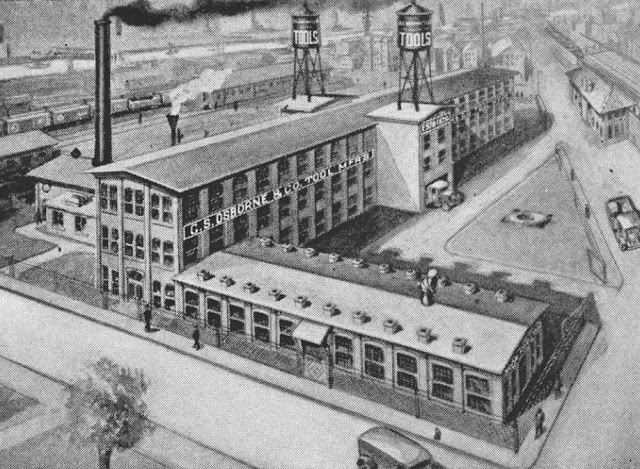 According to the Trowel and Masonry Tool Collector Resource,  in 1938  the William Johnson company of Newark was acquired by  C.S. Osborne & Co.  which continues to today to carry  many of the items that Johnson made, including brick trowels, an edger, jointers, and finishing towels, including some with the Johnson name.

In 1960, Osborne acquired the Mound Tool Co., of St. Louis, Missouri.  Founded in 1899, it specialized in meat processing tools, but also made items like babbit scrapers.  Following the purchase of the Rawhide Gear division of the former Chicago Rawhide Company (which had been itself bought by SKF), Osborne Technologies is one of its divisions which makes rawhide and phenolic gears,

Today the C.S. Osborne Company remains in family hands, now the eighth generation, making it one of the oldest family-owned companies in the U.S.    It is a manufacturer of specialized hand tools designed exclusively for upholsterers, auto trimmers, awning and canvas workers, furniture makers and other professionals in related trades.