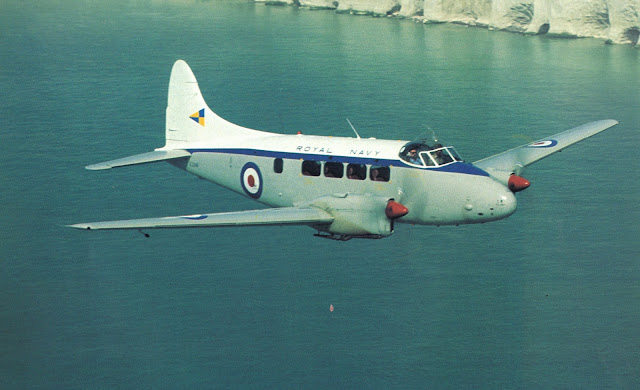 The eight passenger two engine DH.104 Dove was the de Havilland company's replacement for the 30s biplane Dragon Rapide.  It was first flown on the 25th September of 1945, only five and a half months after the end of the war. The Dove became a popular choice as a small short-haul airliner and over 500 were built.
The company saw a market for a larger version and the DH.114 Heron was the result. A direct development of the previous plane, a good number of DH.104 parts were utilized in the design. The fuselage was stretched 9 feet to carry 14 passengers and the wings lengthened to take four engines. The engines used were smaller and the aircraft proved to be underpowered. Despite this it was a popular plane with airlines servicing remote and rough airfields. Production ceased in 1963 but a number of companies did engine conversions that gave the craft a new lease on life and examples remained in service into the 90s. 150 in total were built. 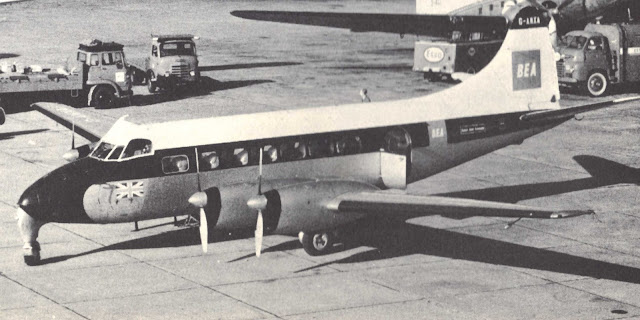