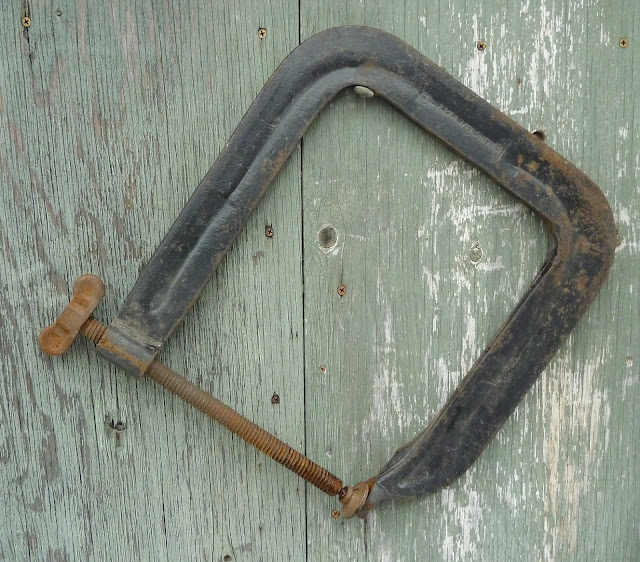 I picked this massive 12 lb. clamp out of an artist friend's metal recycling bin, (he builds public sculpture and has an eye for good mechanical things). Asked why it was in the trash he retorted,  "Well, I can't be the keeper of everything cool!" I took it in case I needed an acme thread for some project.

Hard to tell how old it is, it has both Cincinnati Tool and the later Hargrave name on it. It also has the circled H mark which apparently signifies that it was designed by John Hargrave, son of the company founder. 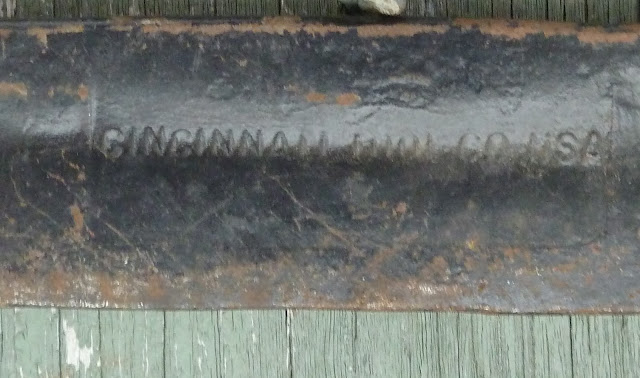 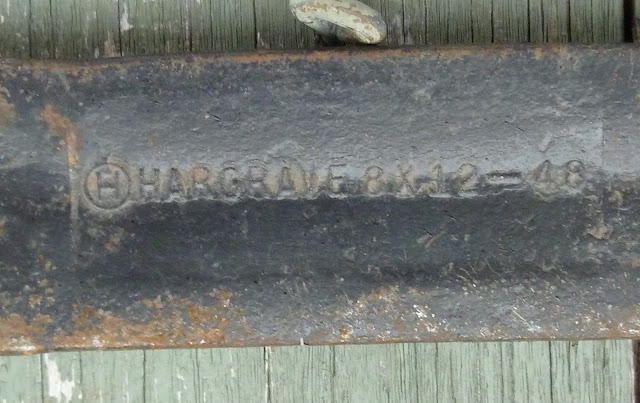 Previous post on the company here.
Posted by Mister G at 3:33 PM