Mystery Tool Brand: Eclipse, Made in the USA 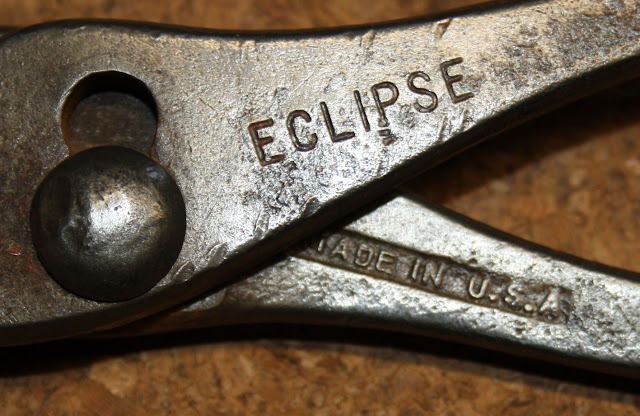 I found this old pair of slip-joint pliers recently. Some previous owner had painted it in garish colours and all I could make out was "Eclipse."  I assumed it was made by the original James Neill firm (now Eclipse Tools North America) which named its tools "Eclipse" after a famous racehorse, although I didn't know that that British firm had ever made pliers. They were best know for their Eclipse hacksaws, 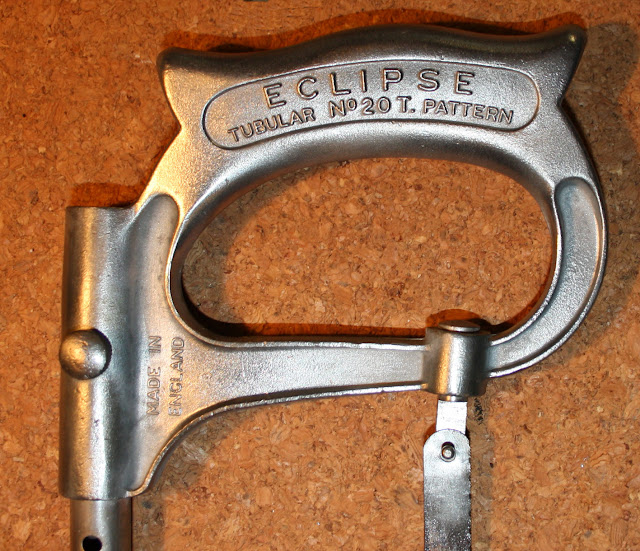 but they also made a saw set: 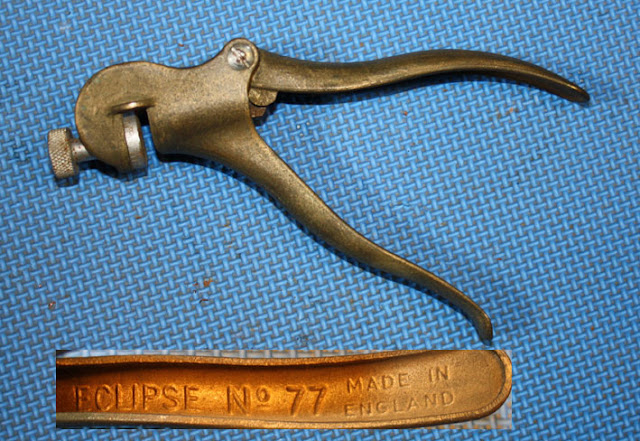 Anyway, if the pliers were British-made Eclipse ones, they would be a nice addition to the Norton's tool kit. So, imagine my surprise when I cleaned the pliers on the wire wheel and uncovered the "Made in USA" stamping.  There is an Eclipse Tools company in the US that makes pliers, but I don't think they make slip-joint versions, and they've only been around since 1997 and these pliers are clearly older than this.  So, the maker of the pliers remains a mystery.  My best guess is that it might have been made for the Montgomery Ward retail chain, which offered wrenches under the Eclipse brand: