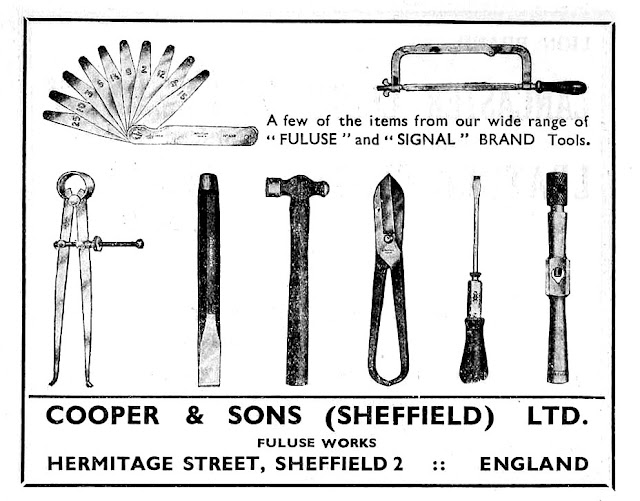 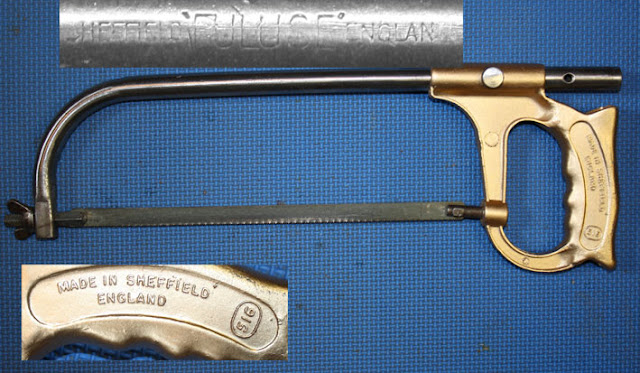 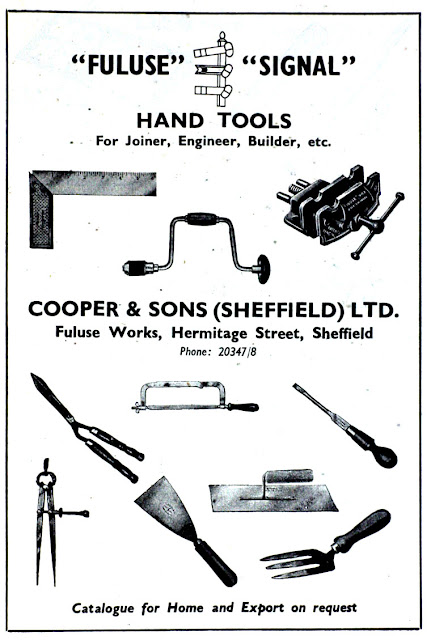 I have a wooden handled scewdrivef marked Cooper and sons Sheffield one side on the other it's marked gpo1937. Any value to it?

In my experience, always less than we hope. Have you checked ebay?

I have what I take to be a small split slot screwdriver marked "Cooper & Sons Sheffield" and on the other side of the blade it reads "MA?OR registered"

It came in a box of bookbindes tools that I purchased. I thought at first that it was a leatherworker's edge shave but it's not sharp enough.

Another one who wandered in looking for info on a pair of spring calipers I had off my dad.
They're at least 60 years old, and probably pre-WWII I'd guess.

I had a pretty good idea of what might have happened to the company. Same thing's happened too many times.