A major advance in the development of Glen Curtis' seaplanes was his invention of the stepped pontoon that allowed his aircraft to break free of the waters surface, leading to the first successful liftoff from water on January of 1911. However there was nothing new about the idea of a stepped hull, the earliest documented evidence seems to be the 1970s ideas and experimentations of a Reverend C.M. Ramus of Sussex England who produced the sketches below. His ideas were dismissed as impossible and ludicrous at the time but as the development of compact and lightweight gasoline engines changed speedboat design, the advantages 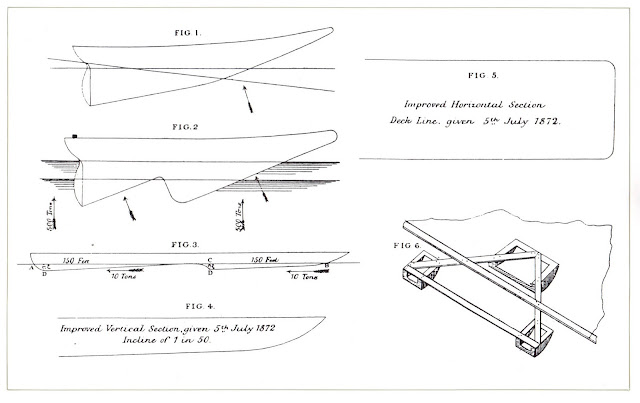 of a planing over displacement-type hull became apparent. By the early 1900s the development of the stepped planing hull had entered the mainstream as the 1907 plans by Leon Menzl below show.
The concepts were all out there, experiments and experience were proving them practical but it took the creative mind of Glen Curtiss to adapt them to aircraft.