The Mercedes Benz 300 Gullwing was produced from 1954 till 1957 and was the fastest car in the world at that time. A mere 1400 were made before the company changed to the 300SL Roadster, with convertible top and conventional doors.  Slightly more of that model were made, 1858 units were constructed before production ceased in 1963.  Although the roof was the big change between the models, other details were changed, including the headlight trim. I'll use Bruce Thomson's beautiful art to illustrate the difference. 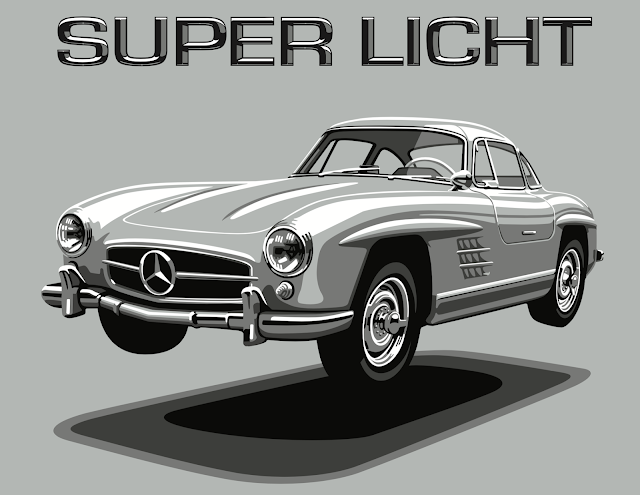 A friend in Holland tells the story of someone buying a 300SL Roadster project and asking him to find the unique headlight trim. Eventually the parts are found, purchased and proudly presented to the friend. "Oh, too late, I sold the car without them...".

The way these things go, years later the headlight trim pieces are found on the shelf... so now they're up for sale. Excellent condition, though they may have been rechromed $1075 USD for the pair, shipped from Holland. 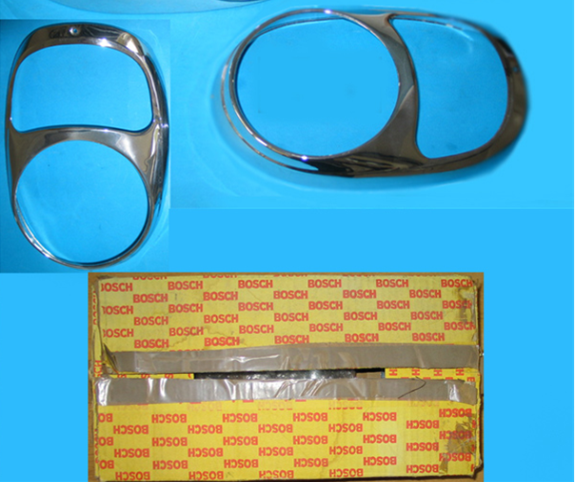 Many moons ago a friend restoring his 300SL took some parts in to the local machine shop to be cleaned in their hot tank. They dipped the radiator fan and when they pulled it out an hour later it was gone. Magnesium...