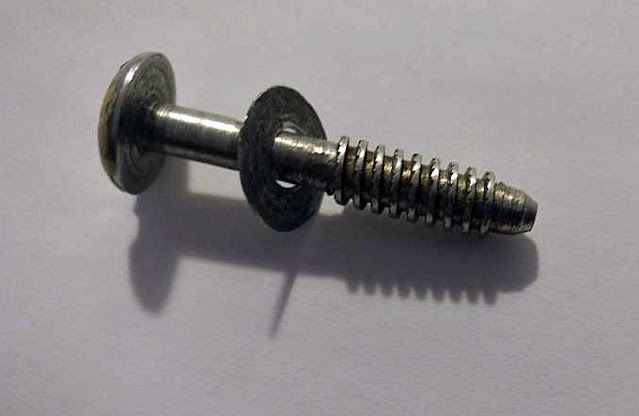 Fasteners like these were removed from a Budd Rail Diesel Car that was being renovated for use on the Waterloo Central Railway. The thread is 1/4" diameter with 16 tpi, with an "Acme" thread look to them. I would have thought that the Acme thread form was more suitable to driving, rather than holding, but there is another very similar-looking self-locking thread named the Dardelet that the patent describes thus;

A commercial form of Dardelet external screw thread, such as that of a bolt, has a root locking surface 10 which, in cross section, extends the full width of the bottom of the thread groove. This surface slopes slightly with reference to the thread axis, the rise of its slope being in the direction of the tip of the bolt, that is, away from the bolt head. An internal thread, such as that of a nut, complementary to said external thread, has along its crest a locking surface II with a slope similar to that of the root surface 10. The degree of slope is within the angle of friction or the angle of repose of the two locking surfaces. In standard Dardelet threads the slope is six degrees.

The groove of each thread is materially wider than its rib to afford clearance for substantial crosswise axial displacement of one thread on the other.

When the nut is screwed home and its axial advance is arrested by contact with an abutment, further rotation of the nut displaces its thread to force its locking surface 1 into frictional locking engagement with the sloping locking surface 10 of the bolt thread...

Couldn't have said better myself, a good clear description and I'm sure we're all the same page now... but just in case further clarification is in order, below is the drawing from the patent itself. When the nut is turned tight, it rides up onto the locking surface of the bolt and locks in place. I think this is one idea that was better in theory than practise, in order to work, all the different surfaces would have to be accurately machined to a tight tolerance. An expensive process in production.
Rolling stock is frequently under heavy loads and subject to shock and vibration, the railways would be good customers for any sort of locking fasteners, as these 1913 ads for a distorted thread-type locking nut- the "Grip Nut" would indicate. 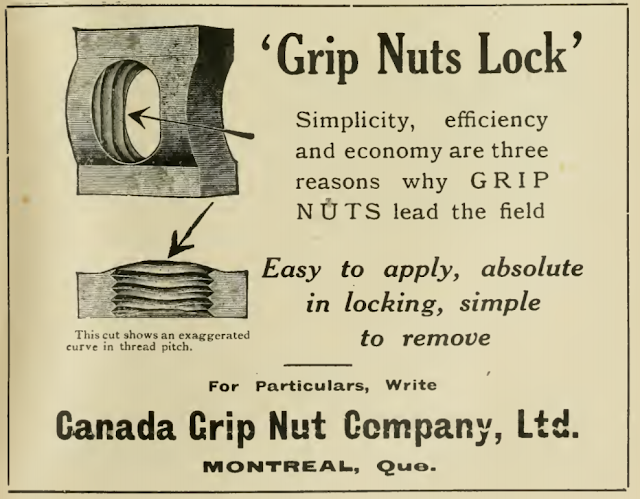 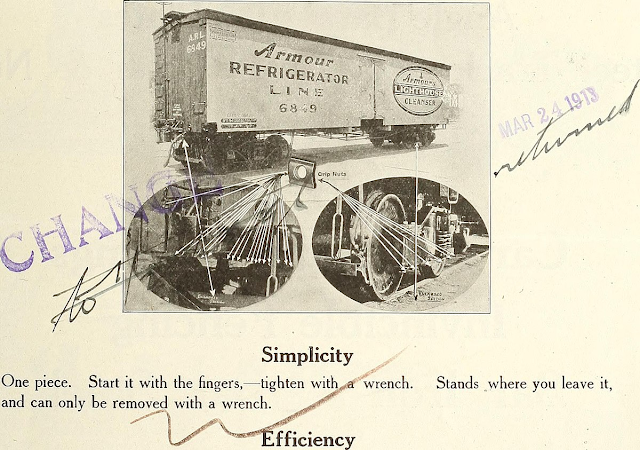 You said it complicated to machine those threads and impossible to use taps or dies. I've seen a lot of thread forms but never those. Another oddity that didn't work.