The Ames company of Owensboro, Kentucky started building carriages in 1891 as Carriage Woodstock Company. In 1911 it was reorganized as two companies, Ames Motorcars and Ames Body. The car business lasted till 1915 but the body making division was doing well making racing and speedster bodies for Ford Model Ts. These were marketed to "The young fellow who wants something snappy, something that by its very lines, denotes speed."
There were 6 different styles and about 60,000 bodies produced in all between 1915 and 1925 when Frederick Ames, having suffered a nervous breakdown, passed away. The company started producing upholstered furniture, and soon the production of car bodies came to a close.  The Model T went out of production in 1927. 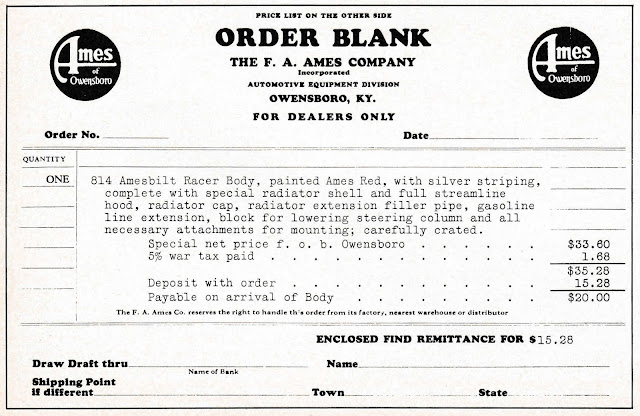 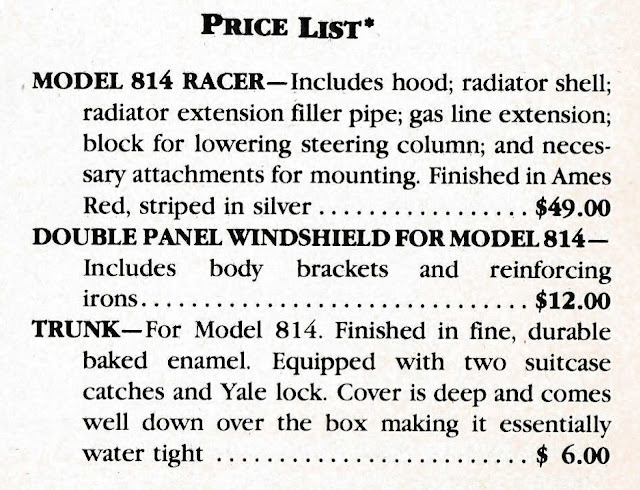