We used to make things in this country #320 Imperial Furniture 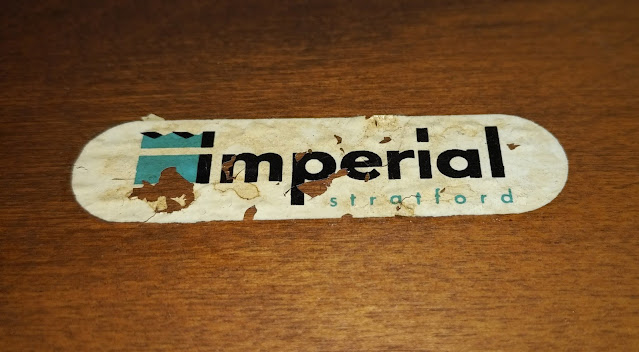 A friend recently acquired some fine mid-century chairs and upon turning them upside down discovered that he owned some good Canadian- made furniture.

Harry Strudley moved his rattan furniture business, the Imperial Rattan Company, to Stratford in 1910,  examples here. After his son took over in 1941, the company launched a line of wooden furniture designed by famous Finnish architect Eliel Saarinen.  It was described as “modern with a purpose.” Made of “good Canadian birch,” the line was designed with mass production and moderate pricing in mind.  By 1949 the company had changed its name to Imperial Furniture Manufacturing Company and formed their own design department. In 1951 a young Dutch designer named Jan Kuypers was hired. His Scandinavian inspired designs were well received and the company did well through the sixties. Competitor Krug Furniture bought the company in 1980. 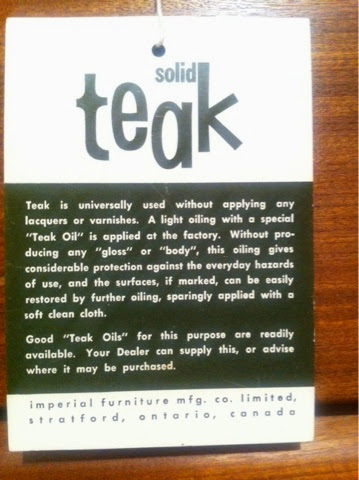 Interesting font on the teak label with the company name and location having no capital letters.