The Farmer Takes a Tank 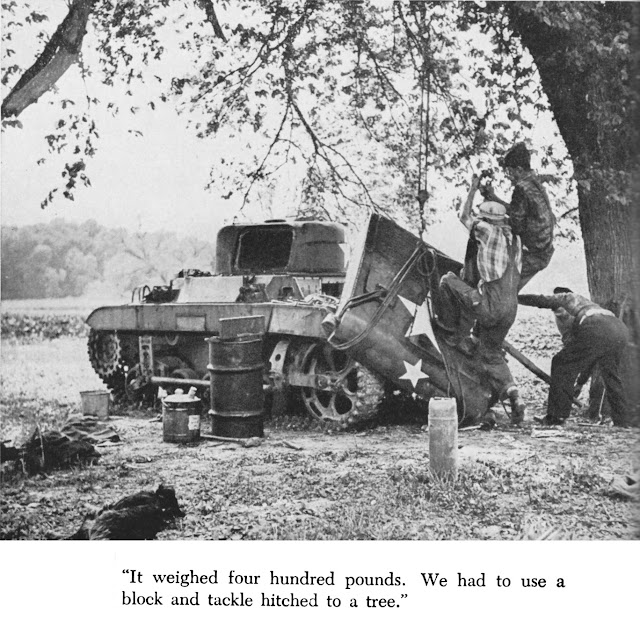 In Wallace Kirkland's Recollections of a Life Photographer ((Riverside Press, 1937, 1953) he recounts a story he did about a farmer in Geneseo Illinois who bought a war surplus tank in the hopes of using it to plow some difficult ground.  The tanks cost the U.S. taxpayers $26,000 new, but they were sold surplus for $100 each.  The farmer had to clean out the "hass tank" which required the rear armor plating be removed:

"To do this we had to unscrew some two hundred bolts, all with flat streamlined screw heads on the outside and hidden rusted nuts on the inside, and all of them case-hardened.  A few of the nuts could be reached to turn but most of them were out of reach and we had to turn the bolts with a punch and hammer from the outside."

The last bolt took two hours to remove.  Then the armor had to be lifted off.  Lots of fun!

P.S.  Mister G has identified it as a Stuart! 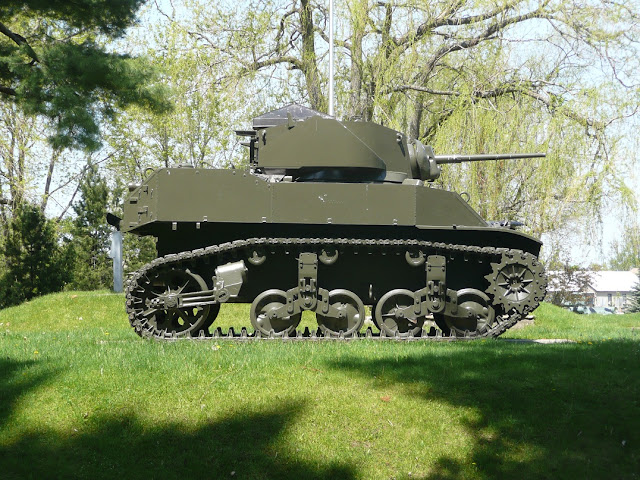 Except it isn't! The bar across the wheel bogies is the giveaway - it's an M22 Locust light tank.

Thanks for this! Contributions to the knowledge base are always welcome!