Over the years I've picked up two nice old Stanley bevels which I put back to work in my shop.  The locking mechanism in them is very positive, unlike the typical wing-nut at the joint arrangement used today. 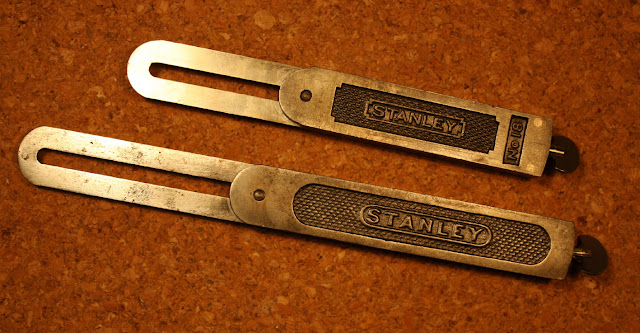 Last week I found another one: 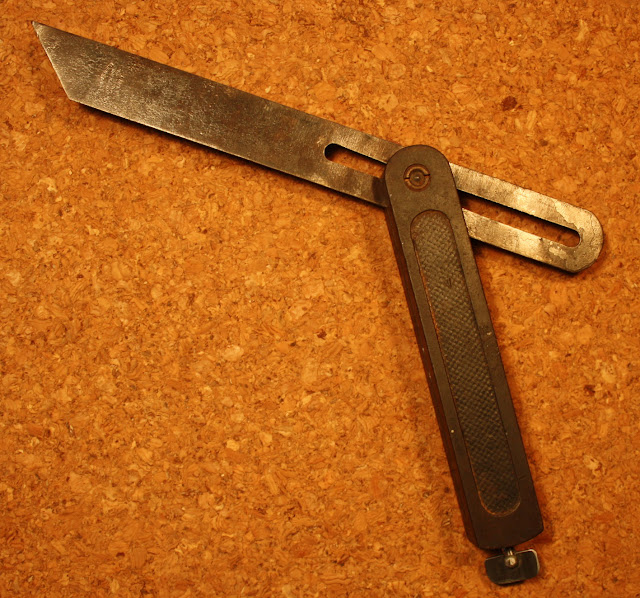 No markings on the handle.  However, after some judicious cleaning on the wire wheel, I discovered this mark on the blade:

I thought at first it might refer to J.B. Sargent who founded Sargent & Co. (now Rostra Tools) out of New Haven, Connecticut, who made very nice dividers among other offerings.  No so.  Instead,  it refers to a patent issued to S.D. Sargent, who assigned the rights to the Stanley Rule and Level Company of New Britain, Connecticut (ironically, a competitor of Sargent & Co. in the tool trade.)  This is clearly where Stanley got their original design.

According to an informative article on bevels on The Tool Shed:

"Samuel D. Sargent was issued a patent on July 22, 1873 for a butt-locking bevel, which differed from Bailey's lever-action design of one year earlier by having the rod offset to one side of the butt and a thumbscrew that when turned caused the rod to impinge on the blade and secure it. Sargent assigned the patent to the Stanley Rule and Level Company of New Britain, Connecticut, which manufactured and sold this tool as the No. 18 Eureka Flush T Bevel."

Of course, it is possible that S.D. Sargent was a relation of J.B. Sargent given that they were both working in Connecticut at the same time. 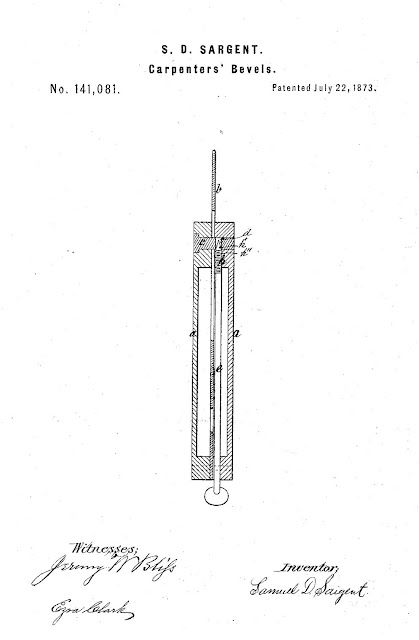