A tire tread gauge I found at the re-use centre of the landfill site near my parents' cottage in the Muskokas north of Toronto.  Still in its original box! 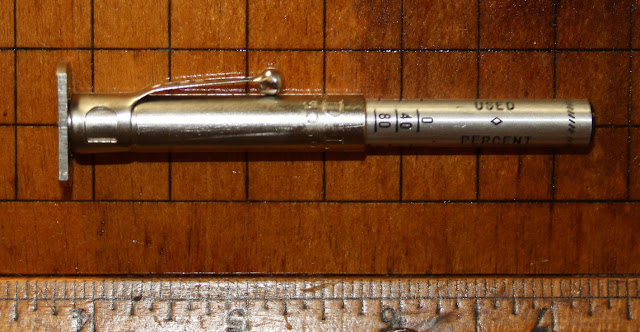 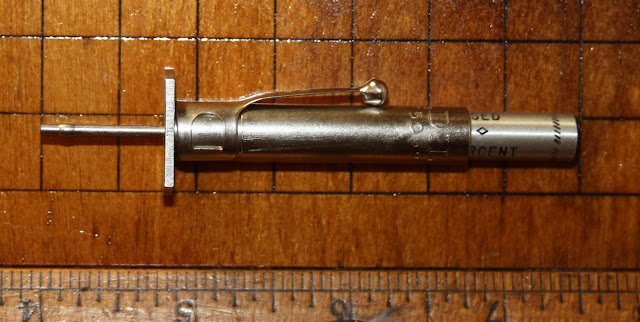 There isn't much web information to be found on the Dill Manufacturing Company of Cleveland, Ohio (and Toronto, Ontario).  However, there are a wide variety of patents assigned to this company, including a patent submission in 1919 for a locking steering wheel for Ford Model T's.  Over the years, they appeared to have increasingly specialized in tire valves and caps and tools relating to tires.  In 1961, they were acquired by the Eaton Corporation, which continues today, according to their website, as a "global technology leader". 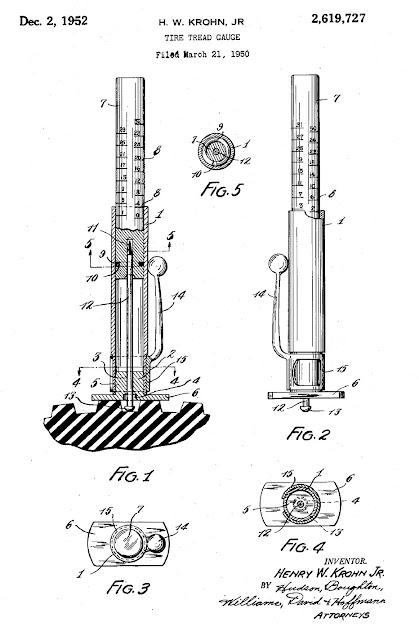 The phrase "100 level tires" was unfamiliar to me, but apparently refers to a system established by U.S. tire manufacturers to provide a metric for customers to compare tire characteristics.  It ultimately developed into the Uniform Tire Quality Grading (UTQG).  According to National Highway Traffic Safety Association's Web site, UTQG's "treadwear grade is a comparative rating based on the wear rate of the tire when tested under controlled conditions on a specified government test course. For example: a tire graded 150 would wear one and a half times as well on the government course as a tire graded 100."  Below, a tire ad from 1955:

Below, an ad for the company taken from the 1931 National Air Races Cleveland Official Program.  To view the complete program, or see other fascinating information about the history of air racing, visit its source:  The History of Air Racing and Record Breaking. 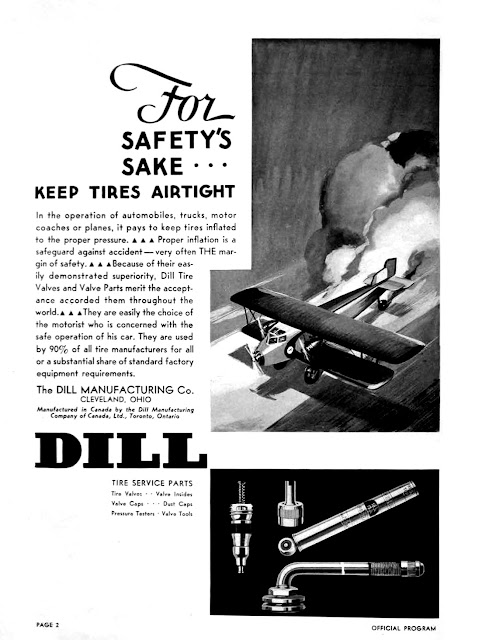 I have a basket/foot/soccer/volley ball inflation 'needle valve' made by this company. It's a 'one-way' valve in that air pressure will enter whatever it is inflating but won't let the air escape unless the pump/hose is removed and the stem is pushed.

I just “fond” at my moms a Dill “BALLOON” gauge/pump. I can’t find any info on it...but it is a 10-50 lb pump with all the markings. Metal slider reveals the psi numbers. But I think it’s disconnected and no air comes out of nozzle. I tried a small balloon on end, but nothing.
Anyone have any ideas? I don’t know how to post a pic, but it looks brand new.