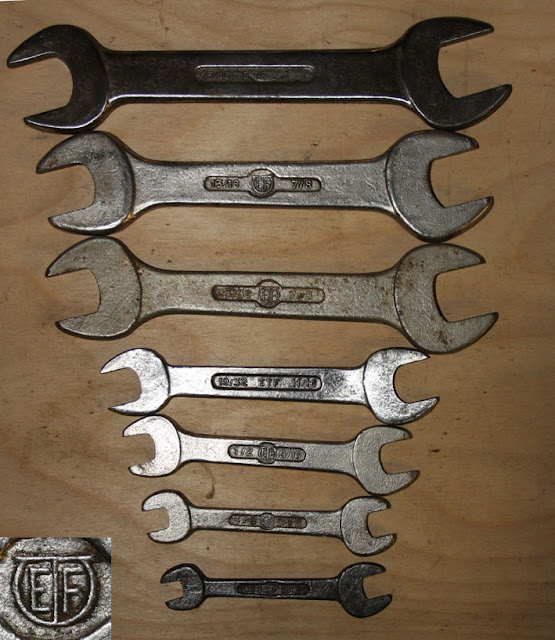 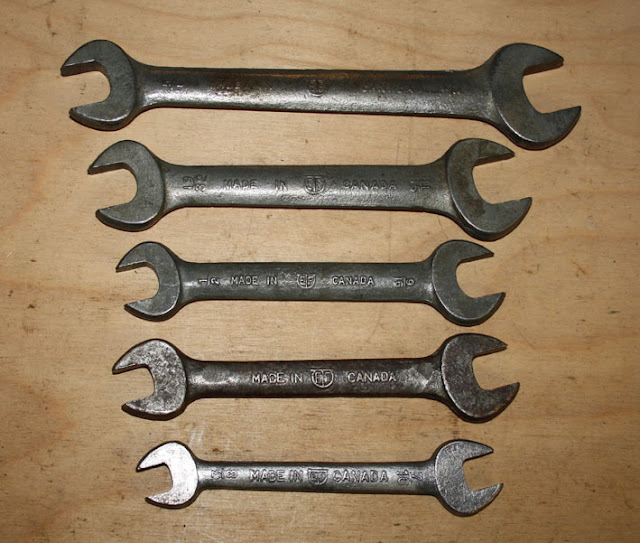 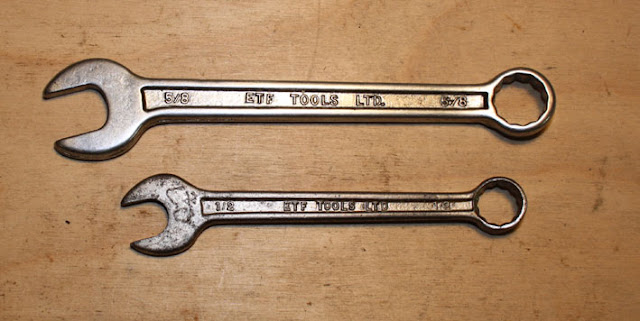 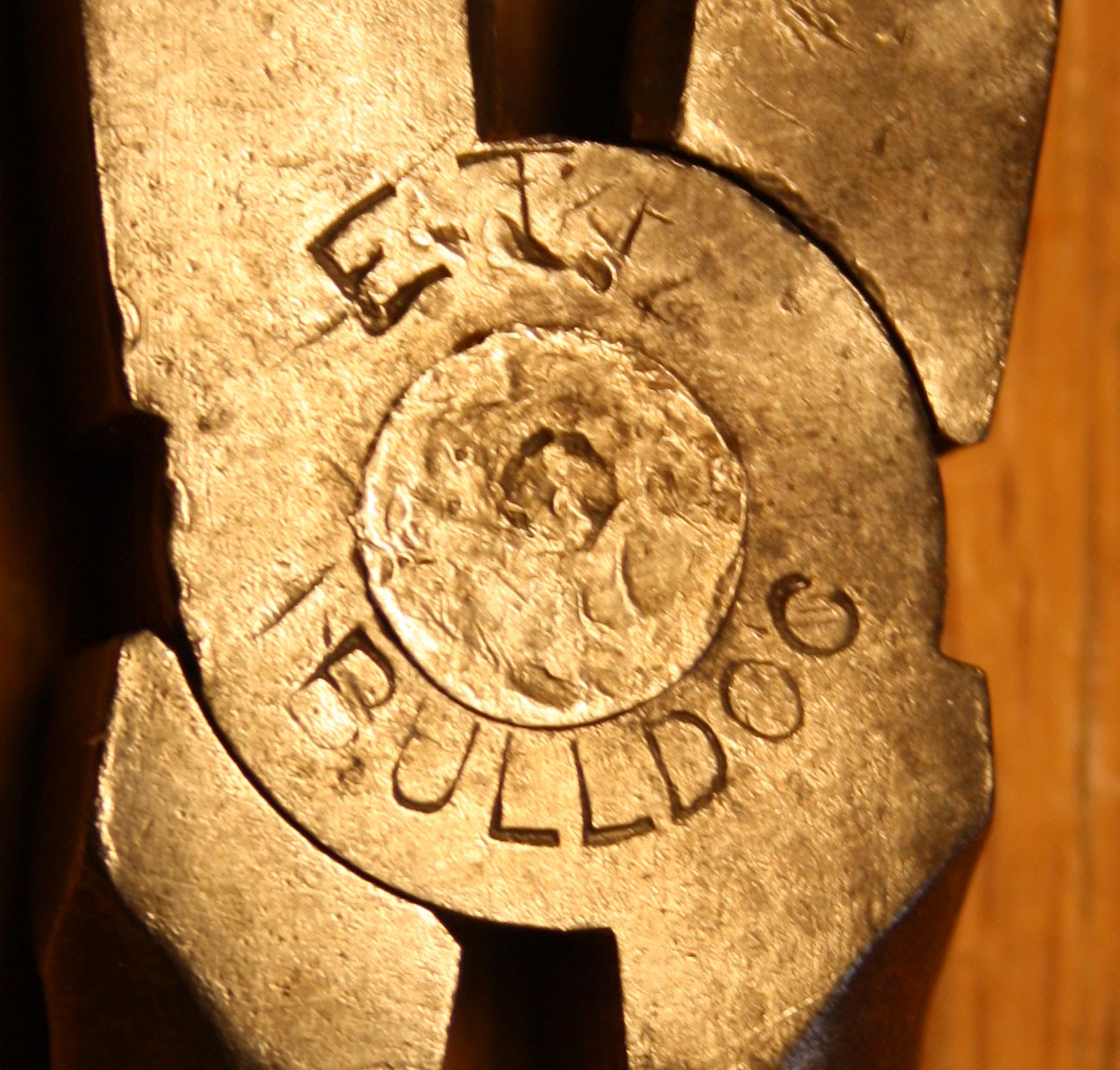 (The electrician's pliers above are stamped "Bulldog", the only example I've encountered of a model name on ETF tools, rather than just a model number.) 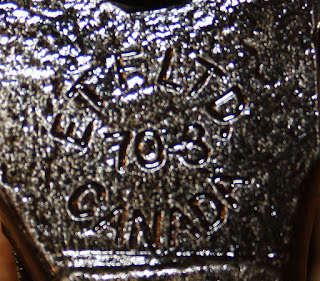 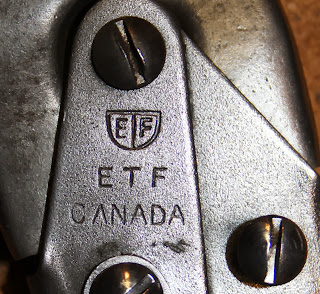 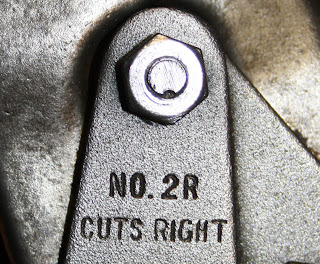 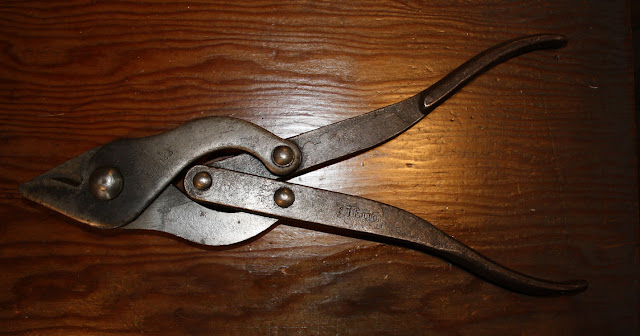 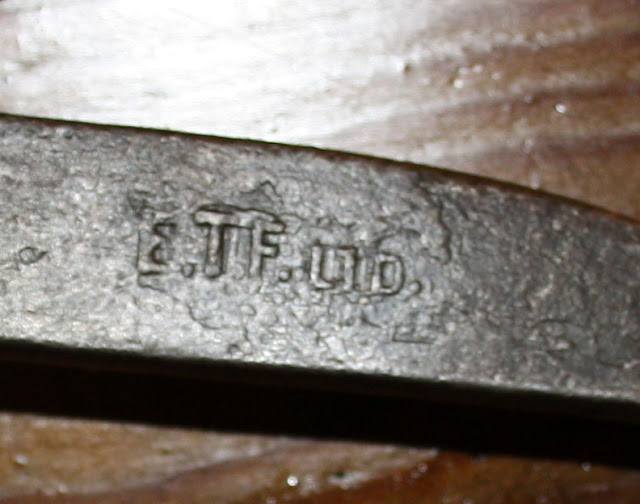 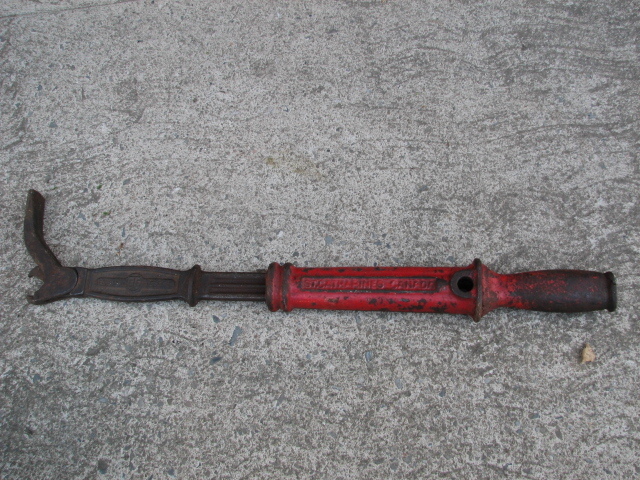 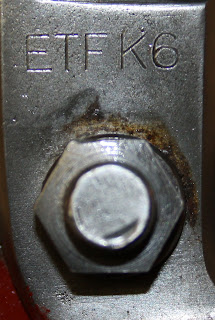 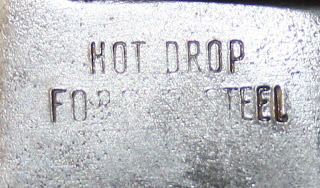 Pictured above, a selection of tools made by “ETF," Engineering Tools & Forgings Ltd. of St. Catharines Ontario.  This company may have begun in the early 1930’s. During its heyday, ETF made a huge variety of tools including wrenches, monkey wrenches and cold chisels.  In 1951, it acquired Canadian Warren Pink Co. Ltd., which had been formed in 1928 by the amalgamation of Thomas Pink Co. Ltd. of Pembroke ( a manufacturer of logging tools established in 1866) with Canadian Warren Axe & Tool Co. Ltd. The latter company had been incorporated in 1912 in St. Catharines, Ont., largely to manufacture in Canada the Sager line of axes then being made in Warren, Pa., by Warren Axe & Tool Company.  They continued to manufacture the SAGER brand until 1965, when Canadian Warren Pink was purchased by its largest customer, Dominion Chain Company Limited of Niagara Falls, Ontario (itself a subsidiary of the American Chain Company of Bridgeport, Connecticut).  Dominion Chain was in turn gobbled up by Fisher Karpark Industries (FKI), a British firm that had started in the 1920’s making parking meters, but which then expanded greatly in the 1970’s under its Halifax-born president and whose Canadian subsidiary (Welland Forge) still owns and operates a hammer and press forging business in Welland.   Through all of this merging and amalgamating, it is unclear as to whether ETF was bought out by FKI or simply went under.
More of the ETF story here. 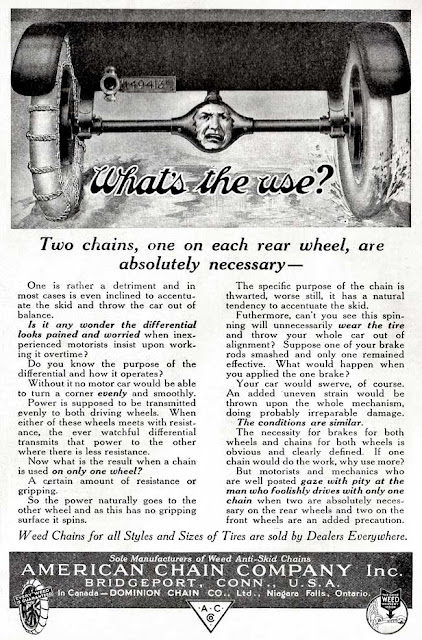 Hi
Can you tell me what the item in the 10th picture down is. It has the red handle. Tks

It's a nail puller. The jaws close over the nail head, and the tool incorporates a slide hammer to pull the nail upwards.

I have other ETF Tools, mostly well used. These tools are not inferior to any other brand, especially Gray Tools. Their forgings were the best at that time. Yes, Taiwan, China and Brazil copied them, beating them on landed costs. Also, the Union played a major role in their demise as the plant wages became too high.

From the last owners of ETF, I have a 1990 catalogue and price list, like brand new. The original owner deeded the Company to his Son, Peter B. HILL the nicest gentleman with which one could ever have the pleasure of meeting. Should anyone be interested, contact my e-mail rcpapa.81@gmail.com.

I bought 6 brand new, never used brick hammers with ETF branded in the handle and 192, guessing a part number.Im a bricklayer but I don't think I want to use them now that I know their heritage, any one know when they were made? email me redsealmasonry@hotmail.com if you like to see one.