The stamped trademark appears to read "Damon Haike Ld" around the outside, while the horizontal word is clearly "DARAIKE".  A google search turns up a number of tools attributed to "Damon Raike", often for sale in the Ukraine and other former east-bloc countries.  My example is odd because it really does look like "Haike" and not "Raike" on the stamping.

Below, a photo of a pair of linesman's pliers of this make that someone is selling on the web: 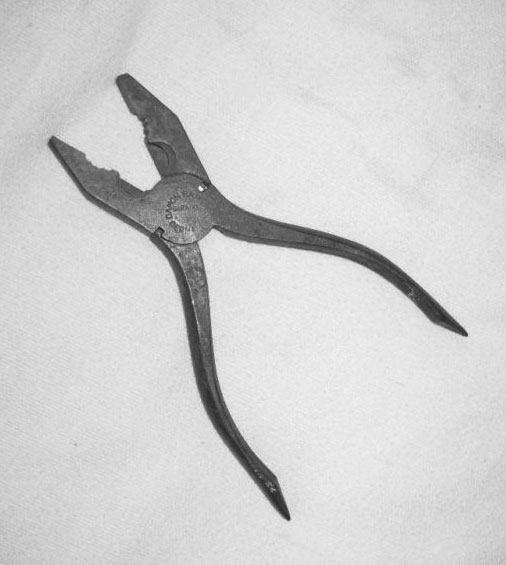 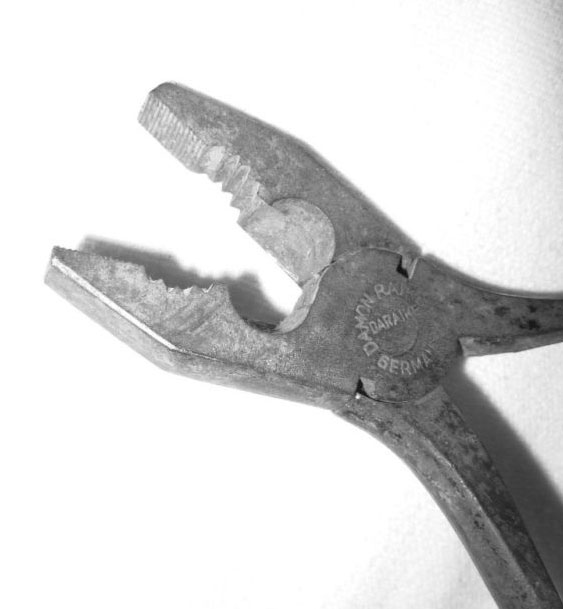 The name is clearly "Raike" on this example.  I can't find any information on the web about the company history, but that isn't unusual for European-made tools.  However, based on the online ads, it appears that this German company produced a variety of tools including micrometers (as well as some toys) so it can't have been a small firm, but it has since slipped into obscurity, perhaps following a decline in its fortunes after World War II.
Posted by The Duke at 8:51 AM

Damon Raike Co. DARAIKE Germany - Damon Raike Co. was actually a business started by Damon Raike Sr. in the early 1920's in Chicago, Illinois, but the tools were manufactured and imported from Germany (location unknown). Also, Damon started Brite-way Hardware and had about 18 stores in the Chicago area (no documentation found). Damon, a Mechanical Engineer, went to Germany on business a few times according to his son, Damon Raike Jr.
Damon’s father, Louis Raike, born in Russia, was a Milliner himself back in 1900 – 1910 along with his brother, Isidore and cousin, John Wineberg. Damon Sr. was born in Michigan, served and few months as a private during WWI and then started the Damon Raike Company and hardware business.
Shortly after starting the tool line, Damon had to give it up because of costs associated with the Fordney-McCumber Tariff of 1922 as it went into effect, which raised American tariffs on many imported goods. This was at a time when America was going through Isolationism by putting America first and limiting foreign trade and goods. By 1930, Damon started a Printing Business named Schenker Co. until he died in June 1945 in Cook County, Ill.

Thanks for adding this information! We're hoping to use this blog in a small way to preserve the history of these various vanished toolmakers, while there are still people around who remember it. Your contribution is invaluable!