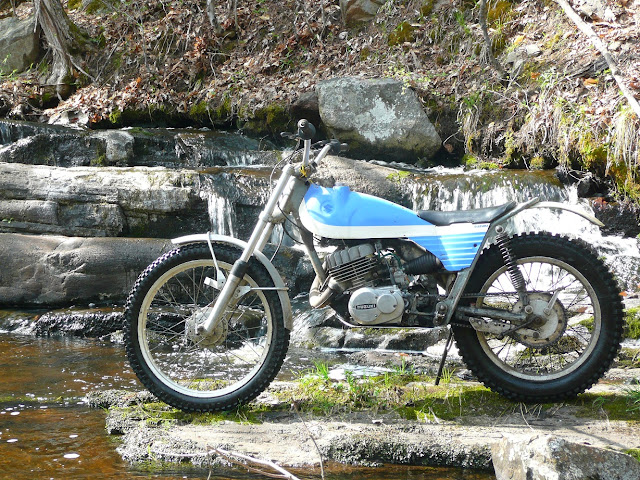 I found this at a friends motorcycle shop in western Ontario fifteen or twenty years ago and initially thought it was a Bultaco SherpaT with a Suzuki RL-250 motor. I immediately liked it.  I owned and liked the SherpaT but also appreciate the troublefree nature of a Suzuki.  Some time later it came into my posssession and I soon discovered it was actually an aftermarket Hi Boy frame kit for a Sherpa T from Sammy Miller. The tank/seat unit is also from Sammy Miller. Later I realised the engine was not the Suzuki RL250, but rather a TS250 motor. The serial is TS-T 00001 and looks a factory stamp, though the four zeros is not typical of Suzuki serial numbers. Conjecture is that the -T might indicate a prototype trials motor.  So we have a bit of a mystery, and some questions; who built it and is it a significant bike? 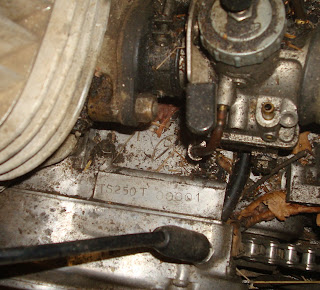 We sent a request to Sammy Miller in England, who sent this reply;
Dear Sxxxxx
The bike looks to be fitted with a sammy miller hiboy bultaco sherpa frame, a suzuki engine we never fitted, rickman rear hub we never fitted & possible kawasaki or suzuki front brake which we also never fitted. we can only guess that the bike has been made out of bits & not a prototype. Sorry we could not help further.

In the meantime it makes a nice trials playbike for amateur trials and it continues to get regular use... 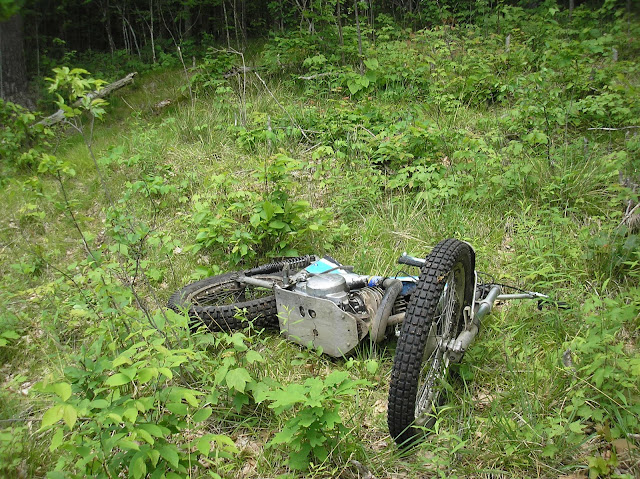