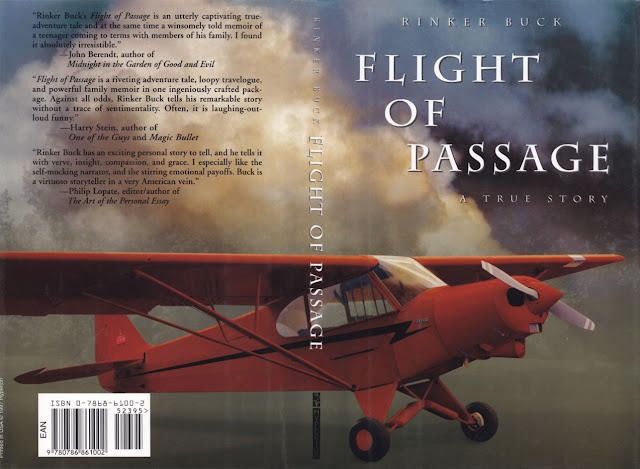 In 1966, Kern and Rinker Buck, two brothers ages 15 and 17, rebuilt and flew a 1946 Piper Cub from New Jersey to California.  Rinker was the younger brother and this is his account of the trip:  Flight of Passage (New York:  Hyperion, 1997).  He's a gifted writer, and the book is simultaneously a coming-of-age account of an amazing journey and a frank exploration of his coming to terms with his ex-barnstormer father.  (Their father was also an executive for Look magazine, and in 1967 published his own book, But Daddy!, a humorous account of his experiences raising 11 children.)

Below, their flight route: 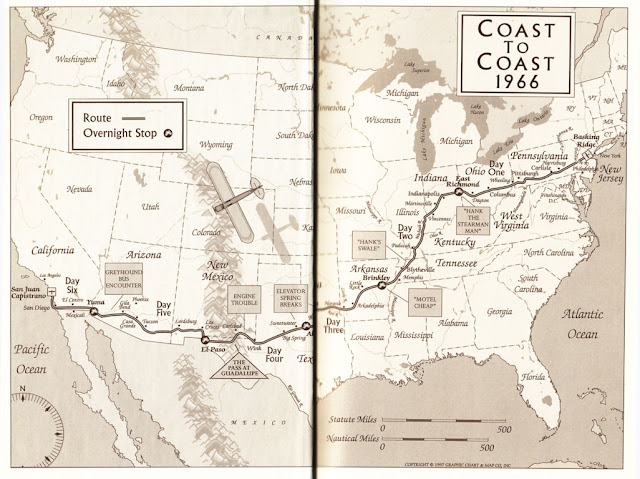 Although they didn't plan or seek this, their trip became a media sensation at the time.  Afterwards, the boys even appeared on the popular TV show, To Tell The Truth.

For a taste of the author's style, see An Interview with Rinker Buck. 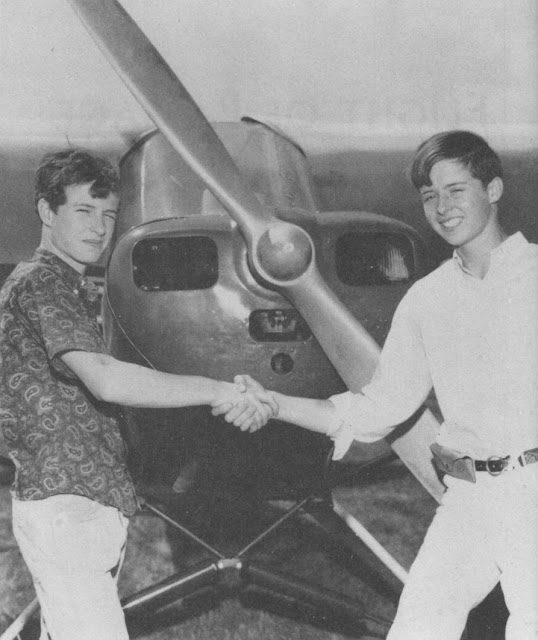