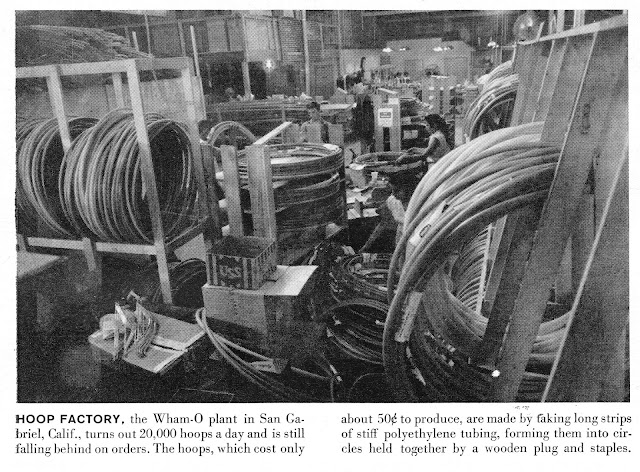 In 1948 two undergraduates, Arthur "Spud" Melin and Richard  Knerr founded Wham-O based on their first product, a sling-shot (which made a "wham-o" sound when hitting its target).  In 1955, a building inspector named Fred Morrison came up with a plastic flying disc, which Wham-O bought and produced in 1957 as the "Pluto Platter", renaming it in 1958 as the "Frisbee."  Melin and Knerr found out that children in Australia played with bamboo hoops, an idea which they turned into the Hula-Hoop in 1958.  In four months, they sold 25 million of them.  The company itself has changed hands many times.

In 1994, the Coen brothers released "The Hudsucker Proxy" which used the invention of the Hula-Hoop as the basis for a zany tale.  While I don't personally think it represents their best effort, its worth watching for the old machinery (ticker tape machines, a short scene of what appears to be the production line for the Hula-Hoop) and basically as a a send-up of how corporations function. 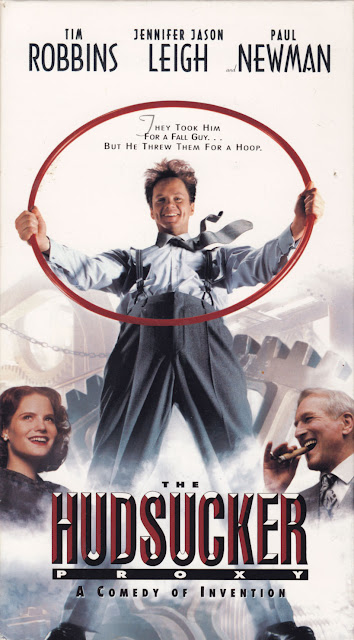