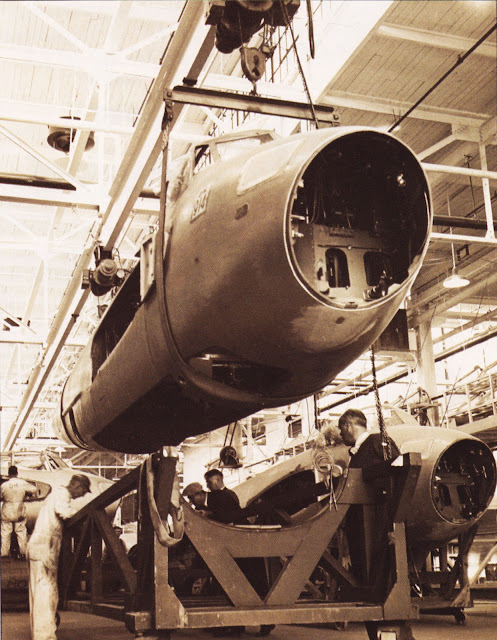 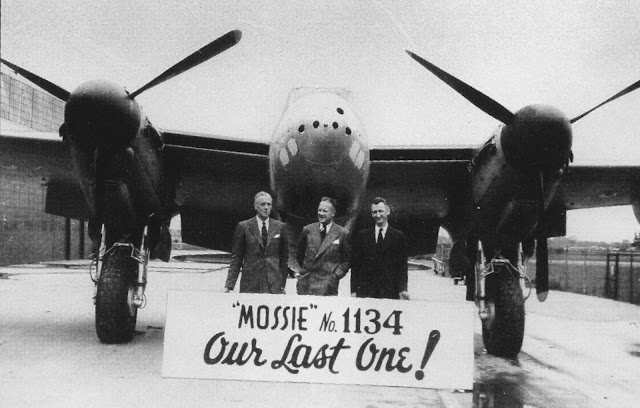 The top propaganda poster clearly celebrates the success of Operation Jericho, in which 13 Mosquitoes attacked the prison of Amiens in February 1944.  The middle photo is from the assembly line at DeHavilland in Toronto.  A series of motorized carriages carried aircraft fuselages along a 732-metre track that made two U-turns with various work stations along its length.  At the end of the process, all that remained was the painting.  The final photo shows the very last Mossie produced in Toronto in 1945, with the three top managers posing in front.  The aircraft went into storage immediately afterwards.

Mister G and I love Mossies:  see his earlier post One Thousand Mosquitos.
Even better than that, we can see one fly next June!   Canadian Warplane Heritage Airshow 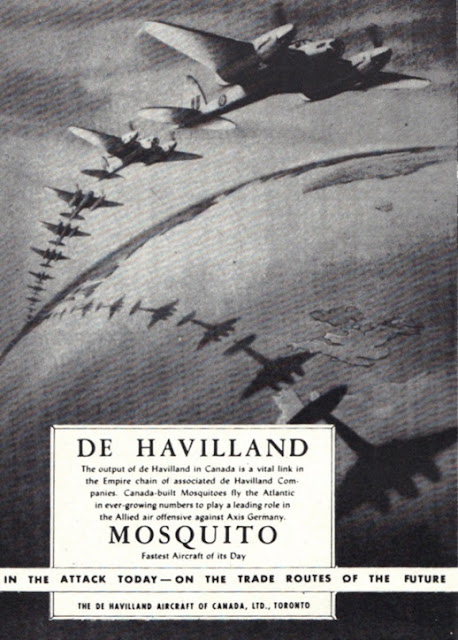