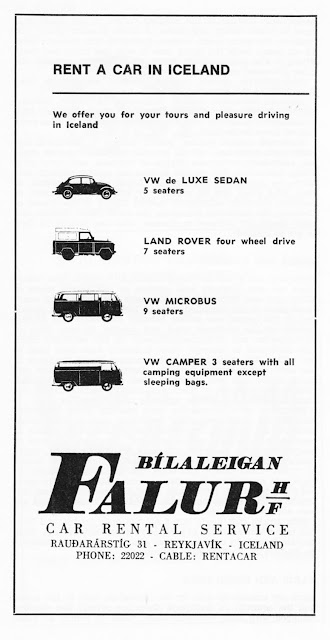 The above ad is taken from Peter Kidson.  Iceland in a Nutshell.  Complete Reference Guide.  (Reykjavik:  Iceland Travel Books, 1971.)

Interesting facts:  After Germany invaded Denmark in 1940, Iceland was occupied by first by the British and then the Americans.  After the conflict, the Icelanders voted  97 percent in favour of breaking away from Denmark and establishing the Republic of Iceland.  The country only changed to right-side of the road driving in May 1968.  When this guide was published, the author warned readers of the penalties for driving in Iceland under the influence, noting that to be safe drivers should not have more than  0.50% blood alcohol while driving.  I expect that this is a misprint--at that level, most people would be in a coma.  In Ontario, the legal limit is 0.08 BAC. 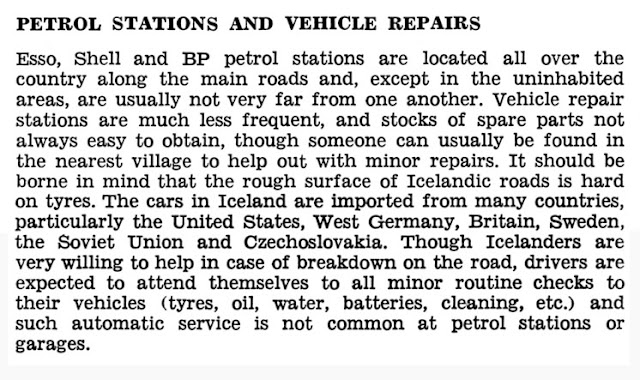 So, remember that if you eat at the Hótel Blönduós  you could get gas! 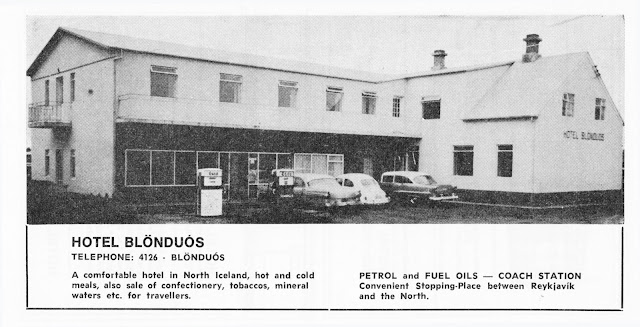 In 1971, Iceland was in very good shape financially.  Today, the country is still attempting to recover from a massive financial crisis that started in 2008.  Just google "Iceland economic meltdown" to read about it.
Posted by The Duke at 8:47 AM