Below, an old folding toolbox I've owned for ages and still use regularly: 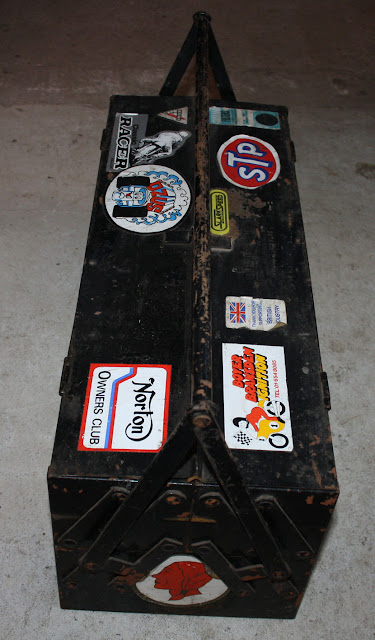 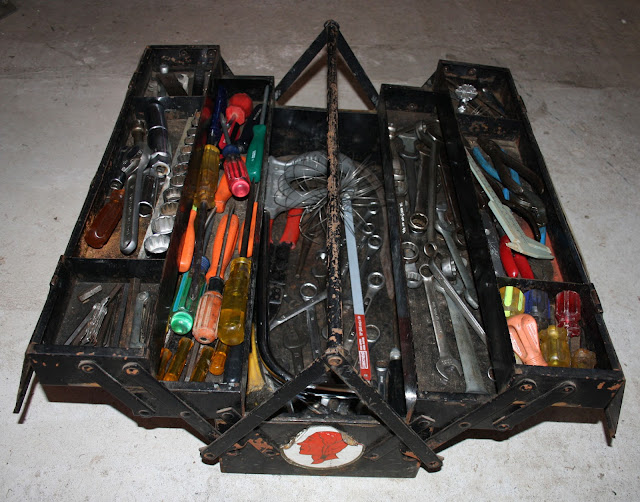 It's a very clever design:  lift up on the top handle and it closes, push down on the handle and it opens.  Stamped on the lid you can just make out "Duplex.  Sherman, New York."  Other toolboxes sometimes have a decal instead:

The Duplex Manufacturing Company probably started back in the late 20's or early 30's.  The patent number on my tool box gives a clue:  the original patent for a "tool box of the collapsible type" was granted in 1928 to John E. Coe of Jamestown, New York (which is only about 20 miles from Sherman). 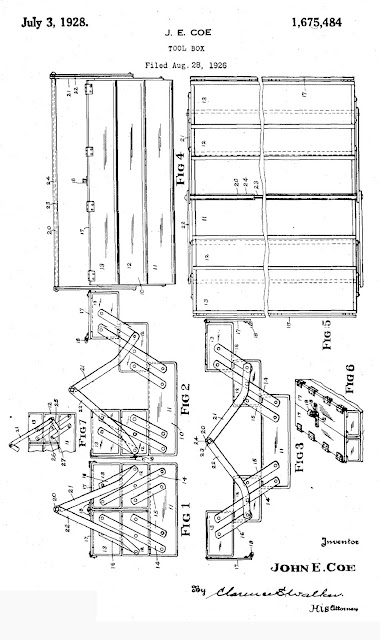 The ad below (which identifies my toolbox as a "No. 114 Mechanics Box") shows that at some point Duplex of Fort Smith, Arkansas became a subsidiary of Pendelton Tool Industries Inc.

This ad is dated just two years after the Plomb Company changed its name to Pendleton Tool Industries (eventually going on to become Proto Tools, which was then bought by Ingersoll-Rand in 1964, finally being sucked into the giant maw of Stanley in 1984.)

I can't find any Popular Mechanics ads past 1964: 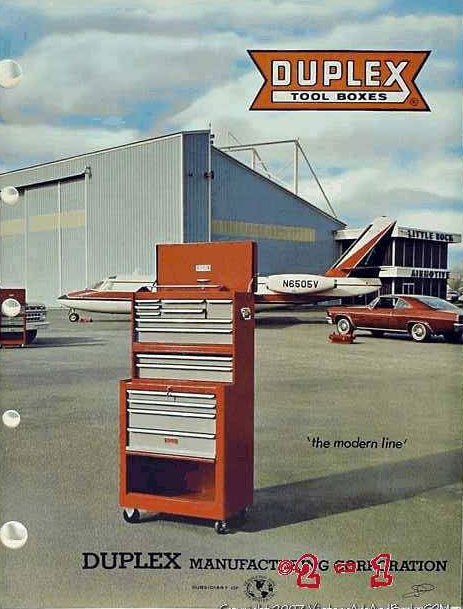 The company was still around in 1966, when the catalogue above was produced and the company was billing itself as “Manufacturers of Quality Tool Chests, Special Metal Containers and Custom Metal Stampings.” (The ad above shows a tool cabinet posed in front of the Little Rock airport, which is 163 miles from Fort Smith.  Quite the drive for a photo shoot.) By 1978, the Fort Smith directory no longer had a listing for Duplex, and the address was described as “vacant" so it would appear that the company disappeared around this time.  One source suggests that it may have been bought by Black and Decker.  If so, its escape from Stanley was fleeting, because that conglomerate swallowed  Black and Decker in 2010.
Posted by The Duke at 10:50 AM

Hi, do you happen to know what I should list mine for?
Thanks for your time.