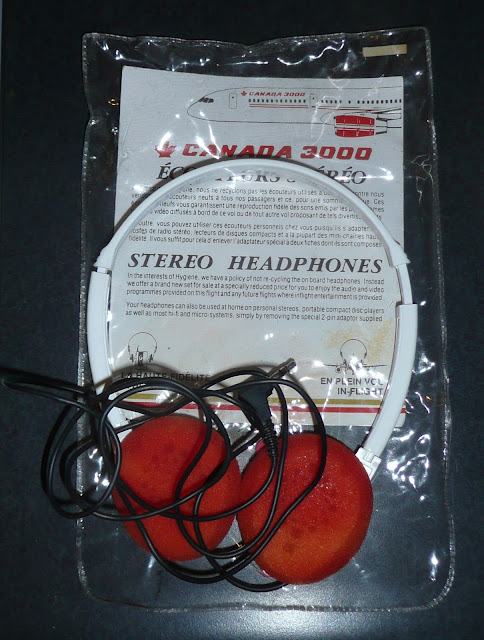 I want to know... who keeps crap like this?

Canada 3000 is remembered mostly for it's bankruptcy in November 2001 leaving its airplanes and 50,000 passengers stranded all over the world. The company cited a sudden downturn in business after 9/11. Sept 10 had been a record day for bookings, the next few no-fly days and resultant 50% downturn in traffic killed the company. The cargo branch of the company was sold and became Cargojet Airways- run by former Canada 3000 executive Ajay Virmani. The CEO, Robert Deluce continued in the airline business to set up and run the successful Porter Airlines out of Toronto's Billy Bishop airport.

The whole story over at Wikipedia
Posted by Mister G at 7:22 PM

That's a pretty quick bankruptcy - I wonder if the company was already in financial trouble and 9/11 was the straw that broke the camel's back?