A lovely old space heater I rediscovered over in my barn: 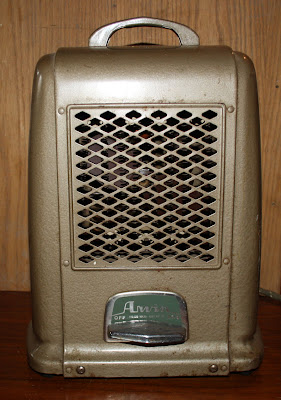 It's an Arvin Model 223 made in Columbus, Indiana, producing 1320 watts and warning "Use on 50-60 cycle AC only."  (This is because power line frequency varied considerably around the world and within North America, and it wasn't until after World War II that frequencies within jurisdictions were standardized.)  Even the plug has the name "Arvin" molded onto it! 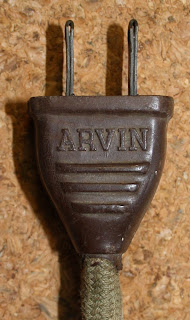 Below, the "room heater's" 1942 patent document, which was assigned to Noblitt-Sparks Industries. 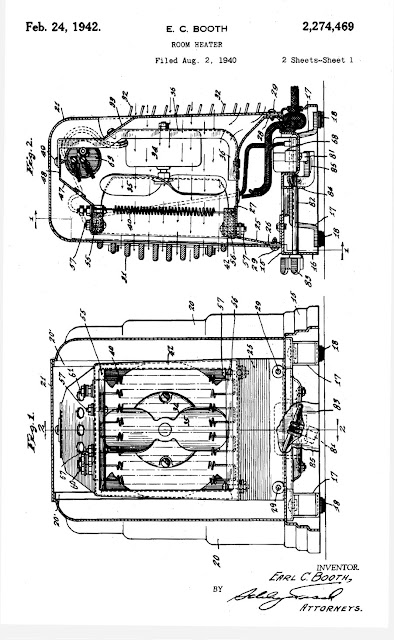 Arvin had its beginning when, in 1919, Quintin G. Noblitt had frustrating experience fixing a flat tire in 1919.  A engineer by training, he ended up designing a better air pump and going into business with a colleague, Frank H. Sparks, to produce it.  Together, they founded the Indianapolis Air Pump Company.  Within two years they were producing air pumps for Ford.  At the same time, they were approached by an arms and ammunition salesman, Richard "Hood" Arvin, who had invented a car heater.  In those days, staying in warm in cars involved blankets and heavy coats.  The company decided to make the heater and formed a separate company, the Arvin Heater Company, in 1920, eventually building a separate company in Columbus, Indiana to produce it.  However, in 1922 Ford decided to make it's own air pumps, and Arvin got spooked and sold his shares back to Noblitt and Sparks.  Turns out this was a bad move, because Ford came back to them after a year with a contract to again make its air pumps.  Chevrolet also contracted with them for its air pumps. 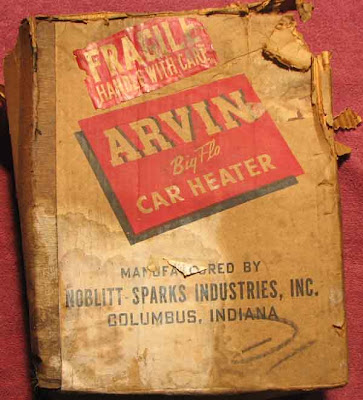 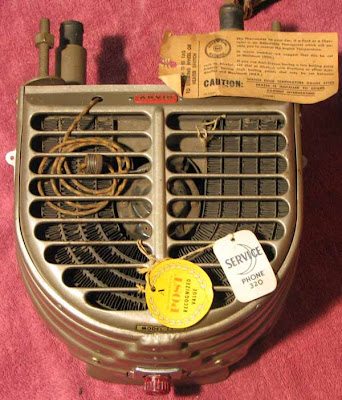 The heater turned out to be a good investment, because sales of air pumps fell off as gasoline stations began offering compressed air.  In 1923, the firm moved out of Indianapolis into a new factory in Greenwood, Indiana.  Four years later, the name of the heater company was changed to Noblitt-Sparks Industries. 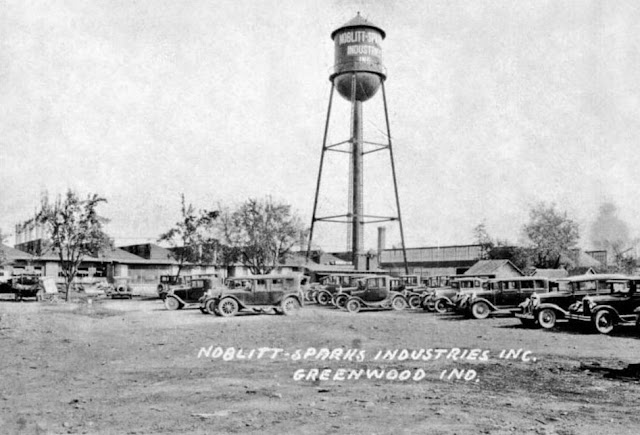 The air pump company morphed into the Indianapolis Pump and Tube Company, after they started making inner tubes for cars.  In 1929, a hot-water auto heater was introduced with much success, and by 1937 they led the field in this area.  They also made a popular foot-pedal accelerator to replace the shift-column gas control more common on cars of that era.  In the following decade the company began making forced-air electric room heaters and other consumer products including radios.  They eventually won the contract to supply Sears-Roebuck with home radios.

During World War II, production was moved to war material, and the company made chemical and incendiary bombs, rocket-launching tubes, steel containers, fire extinguishers, anti-tank mine parts, radio communications equipment, and parts for military vehicles.  Following the conflict, they returned to the manufacture of consumer products and in late 1949 offered their first TV set.  In 1950, the companies were consolidated as Arvin Industries (since the name was well-established, easy to pronounce, and appeared near the beginning of alphabetical directories).  A colour TV was offered in 1954, but this effort was discontinued as offering too low a profit margin. 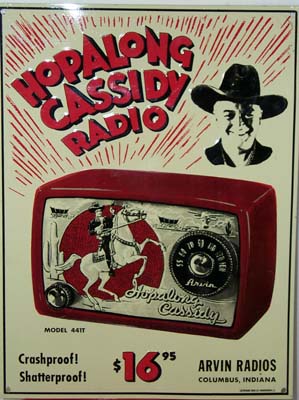 Car heaters were discontinued in 1962, as most manufacturers now produced their own.  The company got into car exhaust systems in a big way, producing mufflers and catalytic converters.  In 1985, they bought the Canadian-based Schrader Automotive, the world's largest producer of tire valves.  In 2000, they merged with Troy, Michigan-based Meritor Automotive Inc. to form ArvinMeritor, and in 2011 just became Meritor. By this time, all operations had been moved out of Columbus.  Arvin was gone.

Several of the images above were taken from the Historic Columbus Indiana Message Board where even more photos can be found.

To read a more detailed account of the company's history, visit Reference for Business.

We had Arvin heaters in our breakfast room through the 60's and 70's. Mom continues to use a heater there, but it isn't an Arvin.

I have an ARVIN car heater very early model possible 1923

I don't have that info, hopefully someone can help you!