We used to make things in this country. #43: James Smart Manufacturing Company 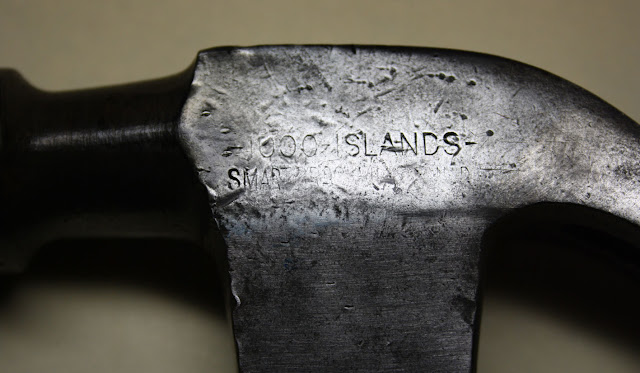 Below, an "Endurance" brand pipe wrench:

Below, a couple of cast-iron trivets for holding an iron by the same maker: 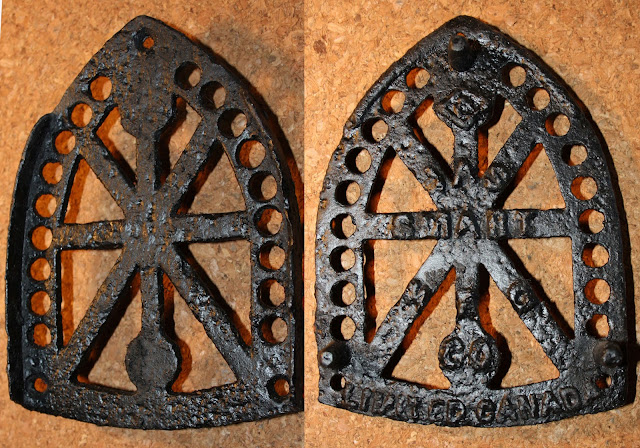 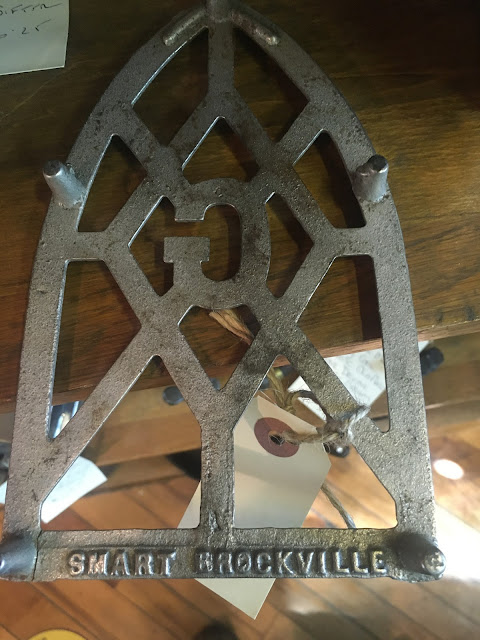 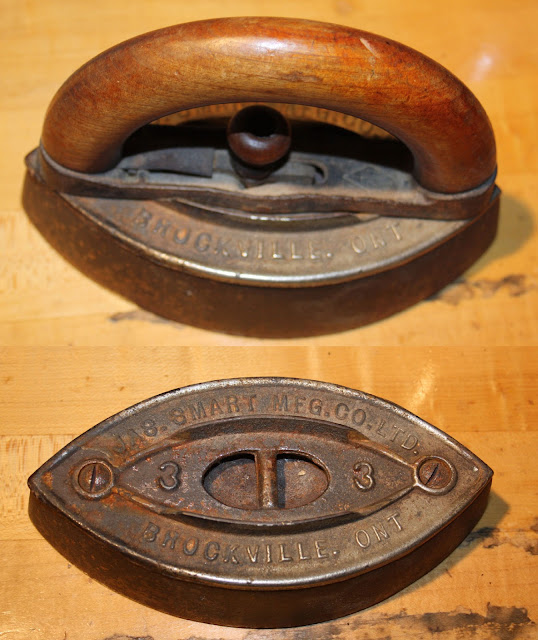 Below, a "Champion" stove pipe damper made by Smart's: 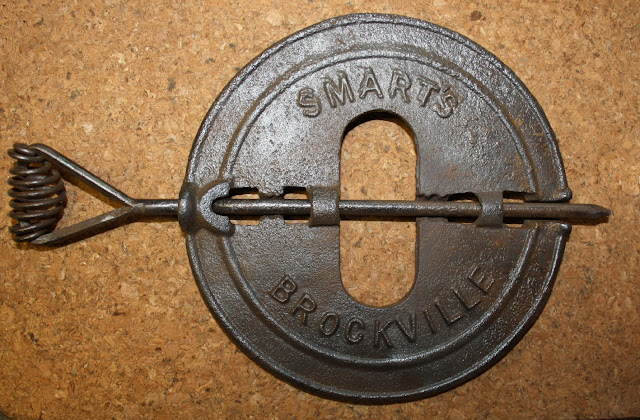 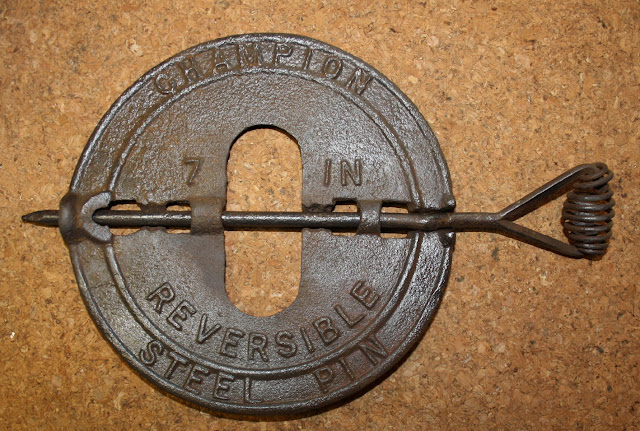 Below, a decorative cast iron collar for a stove pipe: 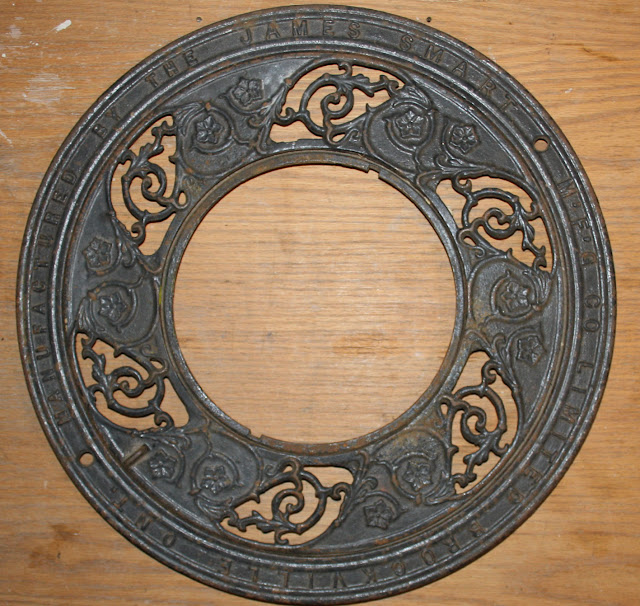 A Westcott-style adjustable wrench made by the company:

Below, a rotating clothes line: 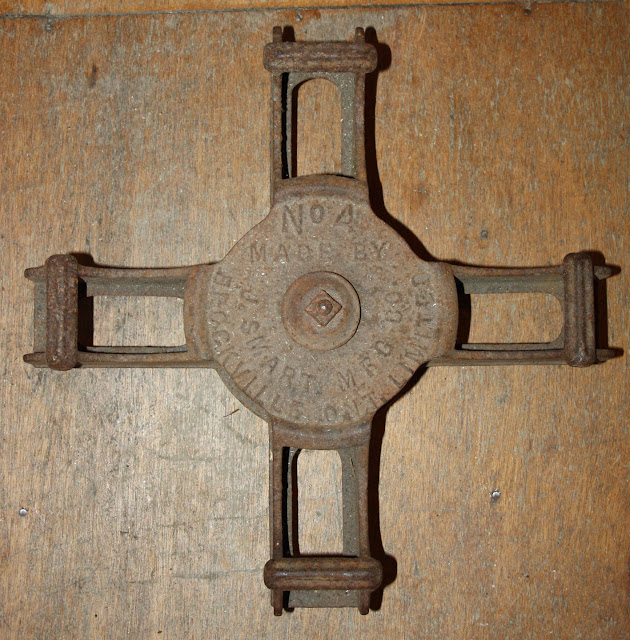 Smart also made more complicated products such as reel-type lawn mowers.  Below, photographed outside of a Brockville antique store: 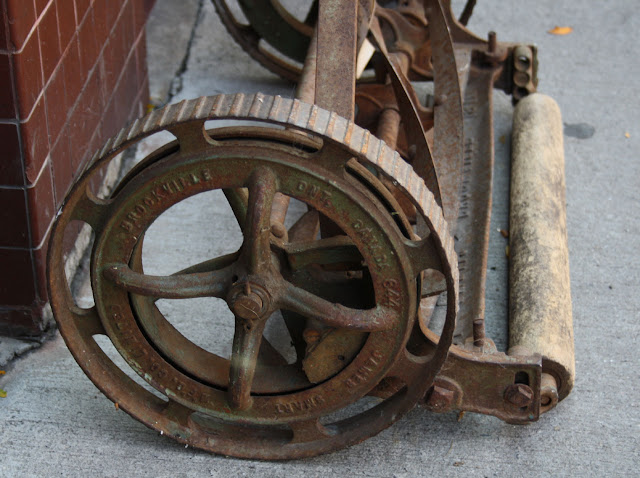 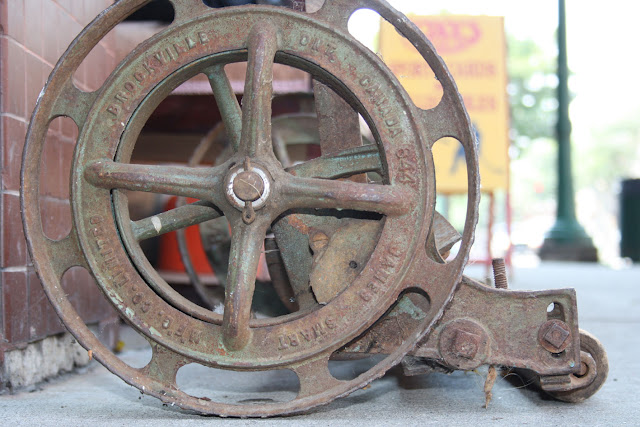 A Smart "Red Wing" hand pump on display at the Wheeler's Pancake House in McDonald's Corners: 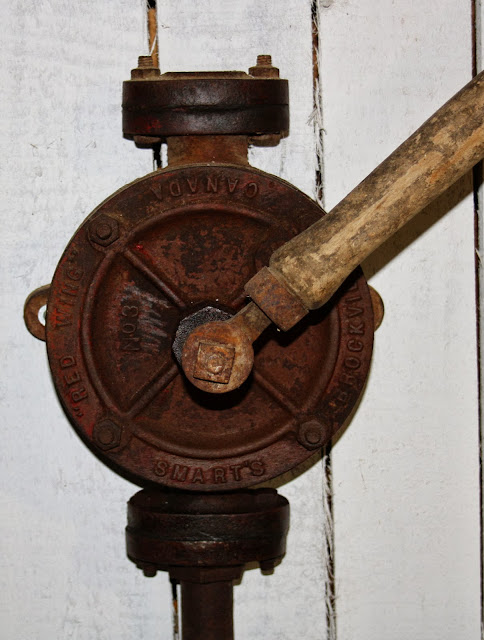 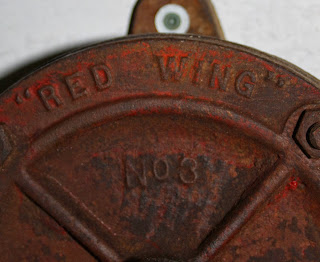 And a mortising machine: 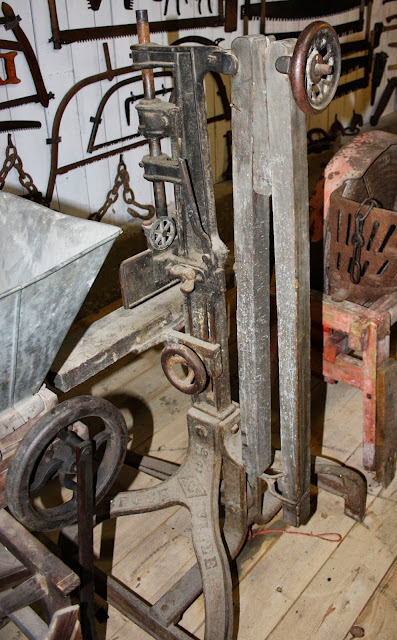 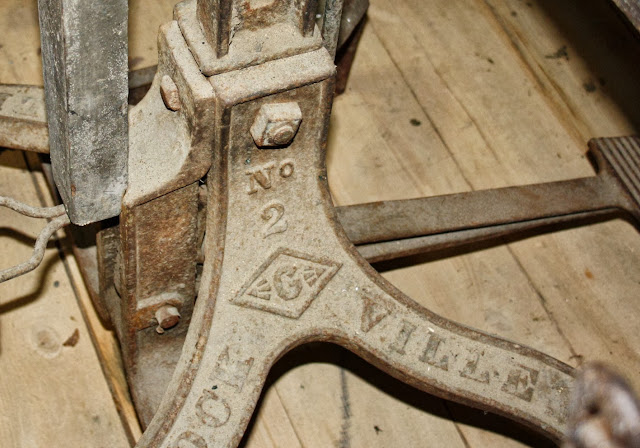 Other Smart items found on the 'Net.  First, a back claw ax head: 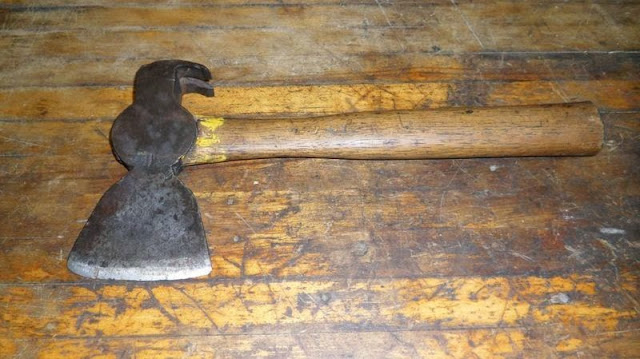 Next, a solid-chisel mortising machine similar to the one pictured previously:

And finally, a christmas tree stand. 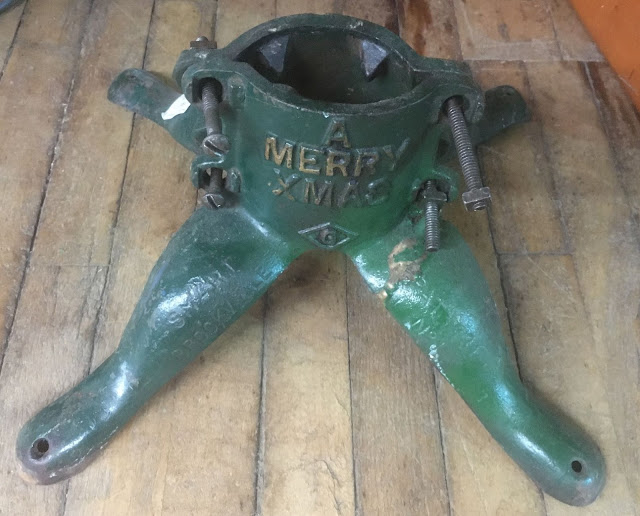 The founder and namesake of the James Smart Manufacturing Company had a remarkable career.  Born in Scotland in 1819, his family emigrated to Canada when he was 15 years old.   The family began farming and logging near Ottawa, while James set out to apprentice as a tanner in Brockville.  He moved to Kingston to practice this trade, meeting a newly arrived Scotsman named Alexander McKenzie.  McKenzie ended up in Sarnia, where James joined him in founding a tannery.  McKenzie went on to eventually become Prime Minister.  James married a London girl, but shortly thereafter his tannery was expropriated by the Grand Trunk Railway.  James set out on his own to California, founding another tannery until the great fire of 1850.  After that, he went into the lumber trade, but his health was poor so he tried gold mining in the mountains for several years.  He managed to make some money at this, and returned to Canada in 1854, purchasing the old Gilmour Foundry on the waterfront in Brockville and establishing the Brockville Novelty Works.  He began turning out a variety of foundry items, with the American Civil War helping business immensely.  The business turned down during the great depression which began in 1872.  At the same time, his nephews operated a rival business, Smart & Shepherd, which specialized in the production of a solid-chisel mortiser.  In 1886, their company was acquired by Smart. In 1891, the company was renamed the James Smart Manufacturing Company. In 1893 they took over the Chown and Cunningham foundry in Kingston, moving the equipment to Brockville.  By 1895 the plant covered 2-1/2 acres and the company was employing around 300 workers and operating 7 days a week.  Their product offerings were very wide:  stoves, ranges, and furnaces, lawn mowers, steel butts,  carriage and cabinet makers' hardware, iron castings, pumps, hollow ware, house furnishings, to name a few.  Around this time Smart took on some business partners, and there is some indication that he was forced out of the business by them, making it necessary for him to take other employment as the Sheriff of the United Counties of Leeds & Grenville.  He died in 1906.  Around 1910, the company was acquired by Canada Foundries and Forgings Ltd.

In 1920 the plant covered 7 acres and the company offered a number of product lines: the stove and furnace department included a full line of cooking and heating stoves and ranges, warm air furnaces and registers; the general hardware department offered builders and house furnishing, cabinet and carriage makers hardware in cast, wrought iron and brass,  pumps and plumbers goods, wrought steel butts and hinges, warm air registers, lawn mowers and rollers, jack screws, vises, warehouse trucks, copying presses, and many lines of labour saving tools and machines. In the tool department you could find cast steel hammers, hatches, sledges and axes. In 1965, Brock Engineering of Montreal purchased the firm, closing the Brockville plant two years later and moving what was left to Montreal.

The above information was summarized from two excellent on-line Ontario history pages: The Collector's Shop and Owen Bosma's Home Page.

I have a 16 in reel lawnmower by Smart's. Does anyone know what years this might have been manufactured?

Hard to tell, maybe late 1800s? Amazing how much Smart-named stuff is still out there.

I have a small steel wedge with"James Smart Canada" and " Endurance" on the side, also looks like"1/2". Any idea what it was for?

Can you send a picture to gerad@vanwyngaarden.ca. I'll post it and maybe someone knows!