During the 1980s I worked with a man originally from Ohio  who had served with the US Navy in the Pacific during WW2 on aircraft carriers. He knew I was interested in his experiences and one day he gave me some newsletters from the ship he had served on. I saw them as a window into the past and put them away carefully. Looking at them again years later, they show the same homey qualities as a small town newspaper, with a little world news, some local news and some human interest and cartoons. Just the thing for a group of guys a long way from home. 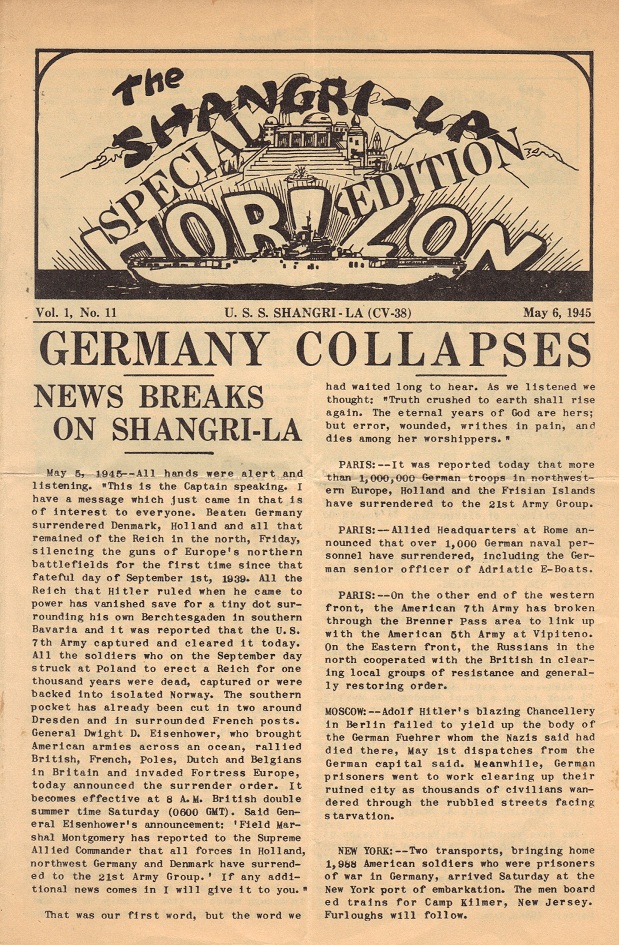 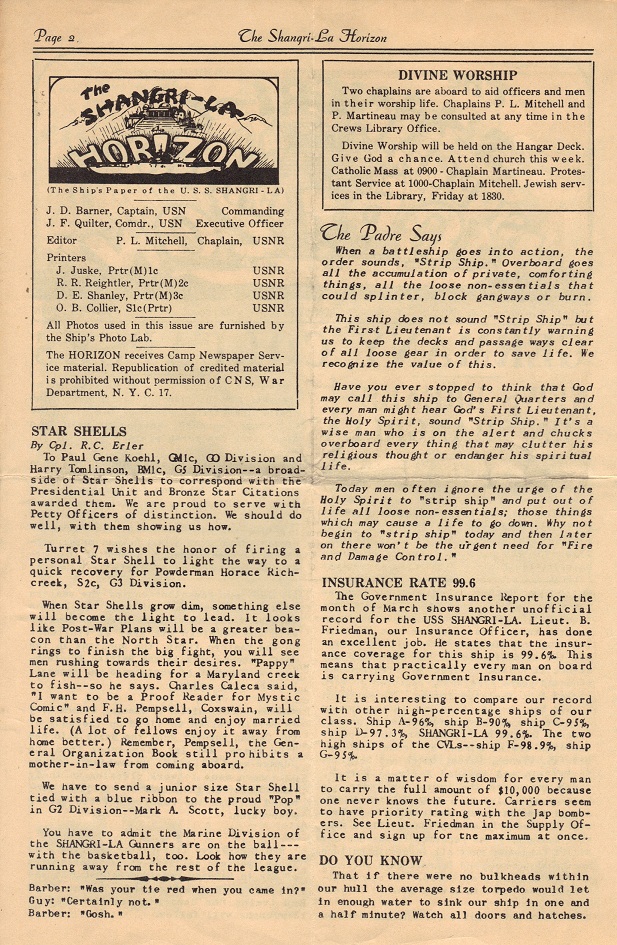 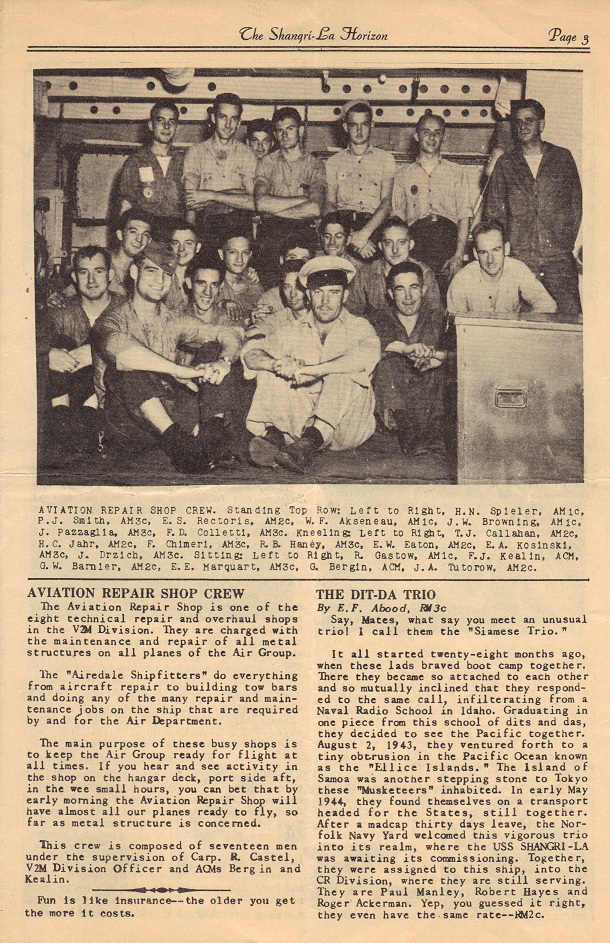 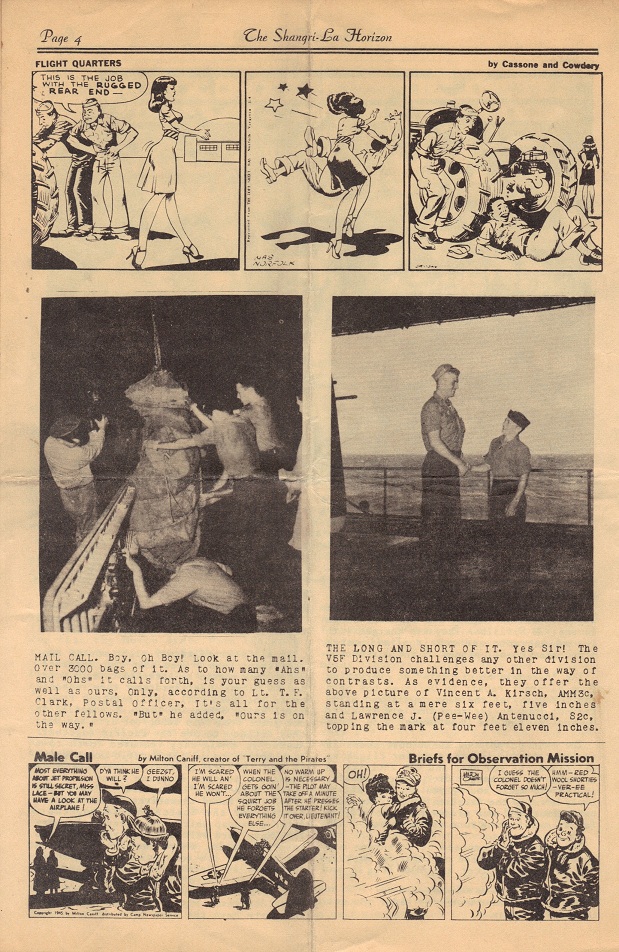 The USS Shangri-La was an Essex class Carrier launched on 24 February 1944. Her first tour of duty started January 17 1945 when she set sail for Hawaii via the Panana Canal and on April 25 her aircraft launched their first strike against the Japanese. The ship saw action till the end of the war, and was modernized with angled deck in the early fifties. She continued to serve till decommissioned on 30 July 1971. The ship was sold for scrap in 1988. Full story at Wikipedia.
Her sister ship the USS Intrepid is preserved in NYC as a museum.
Posted by Mister G at 10:54 PM