Close only counts in horsehoes and hand grenades. Part 1

In an earlier post, the history of the Frost & Wood Company was summarized.  During World War II, the company made over 100,000 No. 36 hand grenades per month, and their products continued to be used by the Canadian forces into the 1950's.  Interesting, two of the employees who worked on the grenade assembly line during the war were brothers, both of whom were blind!


The photos below were taken last fall at the F&W exhibit at the Heritage House Museum in Smiths Falls, Ontario: 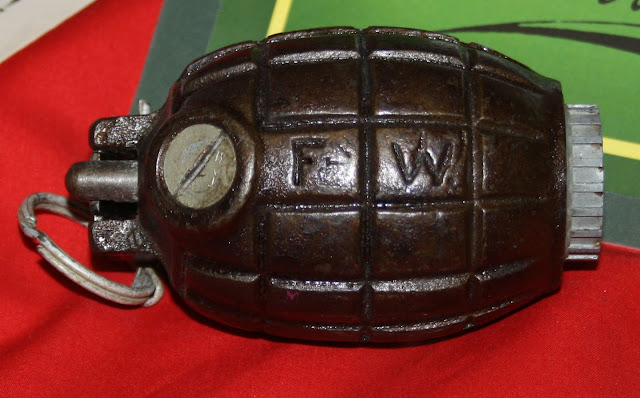 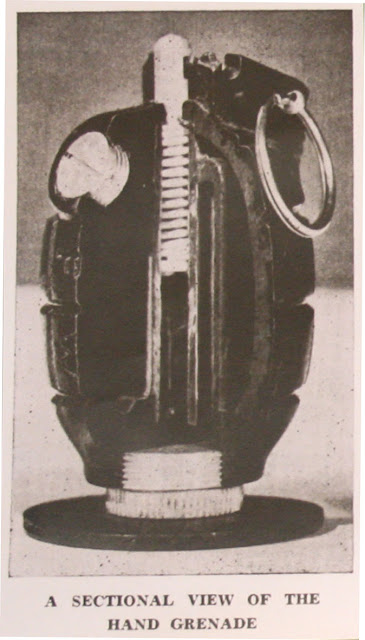 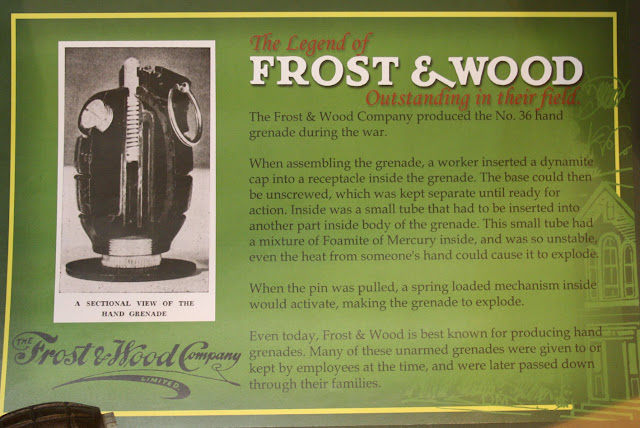 Above, it should read "fulminate" (not "foamite") of mercury.  Below, a table lamp with a base made with a F&W hand grenade.  Be careful which chain you pull to turn it on!

Some folks collect these things:  see for instance the Mills Grenade Collectors Site.  I'll think I'll stick to motorcycles, where the only thing that can blow up is the engine.
Posted by The Duke at 9:49 AM